This was a great conclusion to Ryder and Everleigh's story.

Though I am sure they will reappear in the next books for the other couples.
I really like the family feeling of all the characters.

Ryder and Everleigh deal we danger and tragedy in their story and the author did a great job making me care about these characters.


Danni and Beau story promises to be great from the glimpses we get in this installment.

I am also very intrigued by Sadie and Jude think I will love them the most.

View all my reviews

Posted by JBs Book Obsession at 5:58 PM No comments:


Synopsis: Beautiful Player – Christina Lauren
A bombshell bookworm. A chronic Casanova. And a lesson in chemistry too scandalous for school.

When Hanna Bergstrom receives a lecture from her overprotective brother about neglecting her social life and burying herself in grad school, she’s determined to tackle his implied assignment: get out, make friends, start dating. And who better to turn her into the sultry siren every man wants than her brother’s gorgeous best friend, Will Sumner, venture capitalist and unapologetic playboy?

Will takes risks for a living, but he’s skeptical about this challenge of Hanna’s… until the wild night his innocently seductive pupil tempts him into bed- and teaches him a thing or two about being with a woman he can’t forget. Now that Hanna’s discovered the power of her own sex appeal, it’s up to Will to prove he’s the only man she’ll ever need.

My Review: 5 STARS
So when I started reading this series I was kind of in a book slump. Nothing was giving me that can’t put it down feeling. Beautiful Bastard started me on the right path Chloe and Bennett were so much fun to read. Beautiful Stranger kept me going, Sarah and Max were a hoot. Beautiful Bombshell was hysterical loved it. Then I got to Beautiful Player and this one, the Will and Hanna’s story was the one I seriously could not put down. I wanted to know Will’s story from when we met him in Stranger. I was happy to read more about him, especially after all his “love is for pansies” declarations in Bombshell. I was as excited as Max to see a woman take him down a peg or two. When I met Hanna in chapter one I was totally hooked, she is a great heroine I loved her honesty and that she had no filter especially with Will. Hanna and Will together from their first run was just fireworks. The angst that the two of them felt throughout the book over where the relationship would go kept me interested. I waited patiently for Will to call her “Hanna” instead of “Ziggy” because I know as soon as that happened it meant he was falling for her. I cried when Hanna broke Will’s heart as she kept insisting they keep it casual, though Will was already in too deep for that, even when he didn’t know it yet. Their conversations about sex, porn especially was so funny, I laughed out loud. Hanna’s theories we too much. And we also got a surprise for Max and Sarah that made me gasp. Bennett and Chloe always fun to read as they planned their wedding. This installment by far was my favorite. 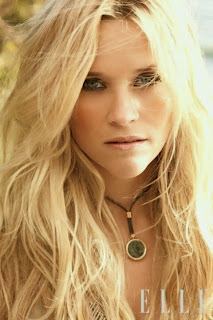 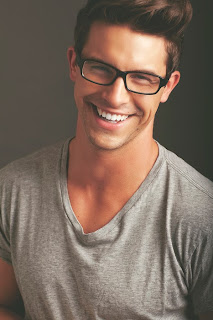 Posted by JBs Book Obsession at 5:38 PM No comments: