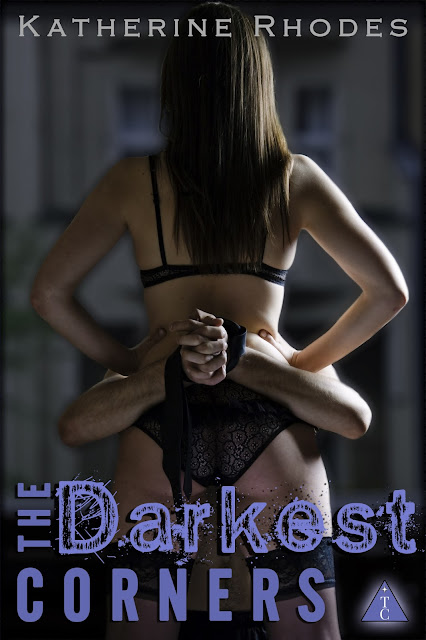 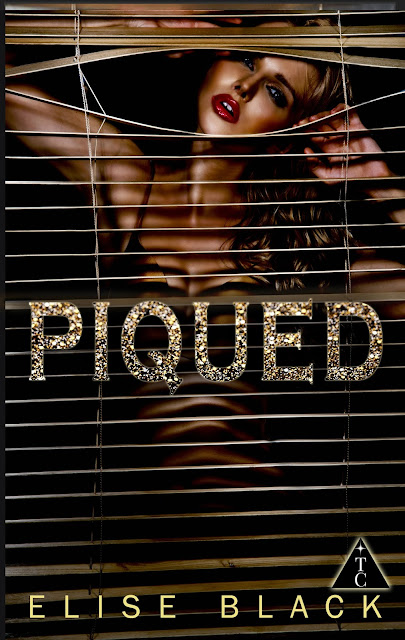 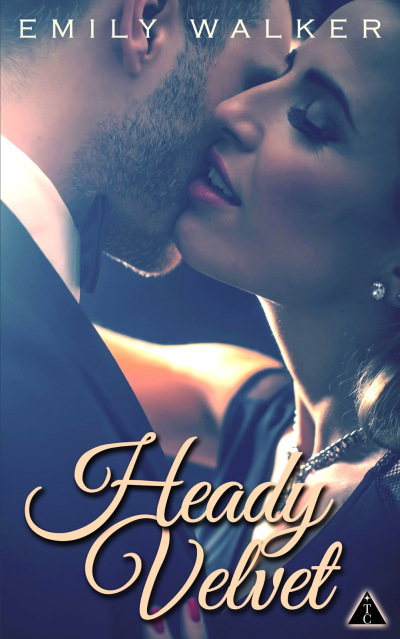 The darkest corners hold the most sinful delights.

Tally Fremanis lives in the dark corners, seeking those sinful delights. It's been her whole life since college. A founding owner of The Club, she is a demanding mistress both in and out of the bedroom.

Discretion in all matters is her modus operandi, and to this end The Club needs new security system. But when she hires Liam Dunfrees, she finds herself wondering if there might be more to him.

The sparks that fly in the bedroom burn both Tally and Liam. With other scars beneath the surface, neither of them are sure they have the strength to fight for this potential new love.

But sometimes, someone has to speak up...

Claire Phillips is a creative genius. Her canvas is an empty room, her wheels and fabric samples. This interior designer’s work is as bold and colorful as her life is dull and monochromatic. If only she could live her life with the same reckless abandon that she devotes to her work.

Sometimes dreams aren’t enough. When circumstances become dire, Claire must decide whether to close up shop or accept a job opportunity that’s both too good and too bizarre to be true.

At The Club, there are three rules:

Some people like to watch and some people like to be watched. Claire thinks she’s neither, but when the man who holds the future of her business in his hands shows a side of himself she’s never seen before, she’ll have to admit that her interest in The Club is

Alice Plume is a carefree spirit. She doesn’t get worked up about much—how could she when her son-in- law owns a secret sex club?
While she’s fine with the fact that her daughter lives a life surrounded by kink, she’s never had any desire to venture further into the lifestyle—or even the club itself—other than catering a party or two. But then, she meets Knoll Seaton.
Knoll is the sexy personification of the ‘silver fox—a real estate mogul with a voice that makes her insides melt, and touch that makes her want to beg. He’s also very much into the club lifestyle.
Alice isn’t sure that she can change her perception of sex to meet Knoll halfwaybut Knoll isn’t one to walk away from something he wants. And he wants Alice. 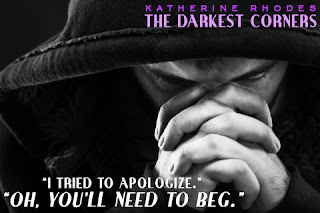 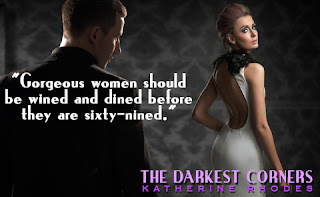 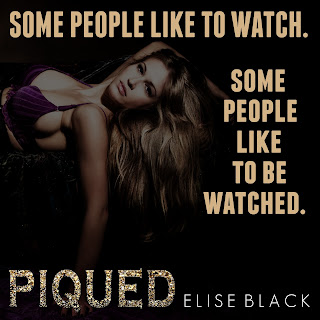 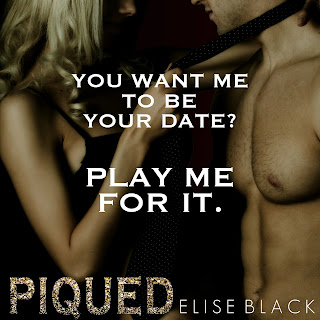 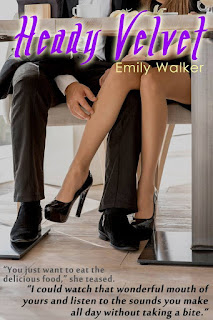 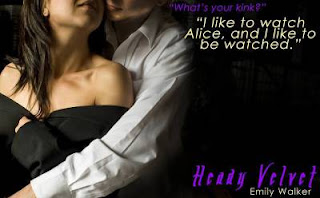 Two heads are better than one.
One author by another name.
One diabolical plotting genius.
Join forces to write romance that, if not under a pen name, would put their mothers into early graves and leave their husbands scratching their heads.
This is either the best or the worst idea ever.

Emily Walker loves creating worlds and stumbling around in them. She is constantly losing her chap-stick, and has an obsession with the color pink. Currently a resident of the mountains and loving the view she writes mostly paranormal fiction, and horror. Her small family consists of her red bearded other half, a rat terrier named Rebel, and a cat called Mr. Creepy.

Posted by JBs Book Obsession at 11:16 PM No comments: 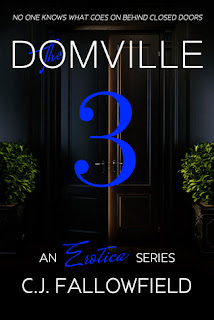 No one knows what goes on behind closed doors

Mandy Roberts isn’t looking to settle down. She’s single, financially secure and liberated when it comes to sexual conquest equal opportunities. As a makeup artist for a major production studio, she comes into
contact with good looking celebrities and takes advantage of those connections for her pleasure. When she stays at The London Domville for her sister’s wedding, the hotel’s piano player catches her eye and it seems she has her weekend of frolics sorted. The groom’s best friend, Rampant Roger, who held a torch for Mandy for years, has other ideas though. Will he finally step up to try and claim her, or will Mandy bypass him in of her current sexual freedom?

This novella contains explicit content and is suitable only for those aged 18 and over. 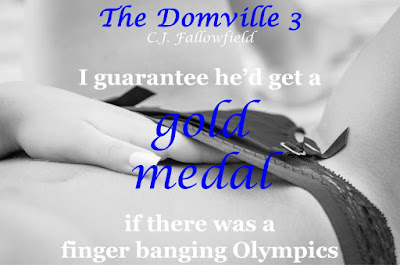 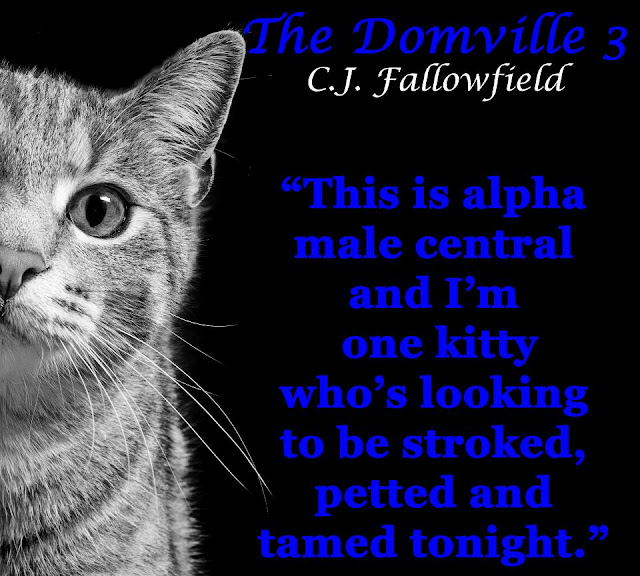 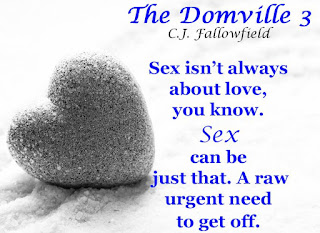 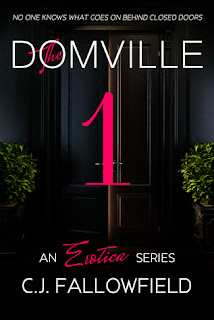 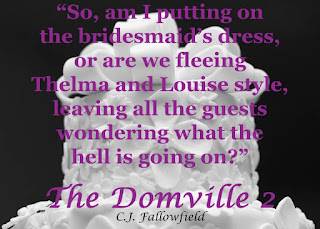 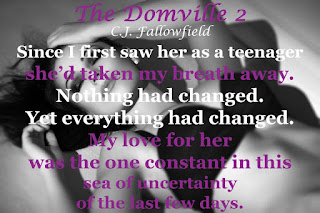 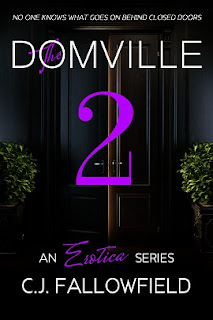 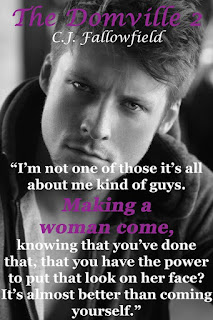 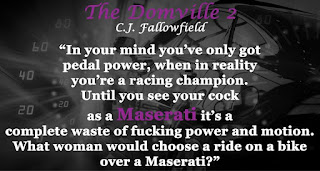 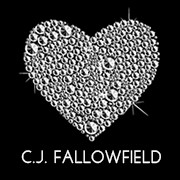 Posted by JBs Book Obsession at 11:07 PM No comments: