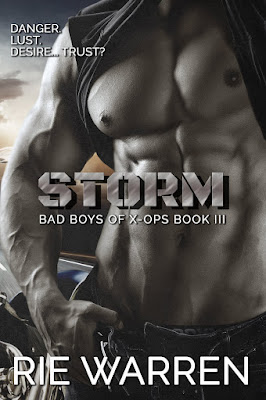 Blaize Carmichael is my only partner in this op. Blaize. As a biker babe. Jeeesus. I’ve had a bone for her from day one when she walked into headquarters—haughty, superior, and always in charge.

There’s a goddamn good chance we’ll get made, played, and put in the grave as government-issue traitors. But I can’t help it—I love to get rough, raw, dirty, and dominant with her.

No more yes ma’am, no ma’am. Blaize is about to find out I don’t always takes orders as issued.

BLAIZE
I can’t stand the way Storm calls me woman or cher or sexy. As soon as we’re back in DC, I’m going to wipe that infuriating wicked smirk right off his dangerously handsome face.

I’m always prepared for every scenario. I’ve built my career on complete professionalism in and out of the field. But when Storm comes at me with wild animal lust—when he opens up to me—when he opens me up, I can’t say no.

We’re in danger every single day we stay in NOLA. There is no way we can make it out alive. Not together. Not this time. 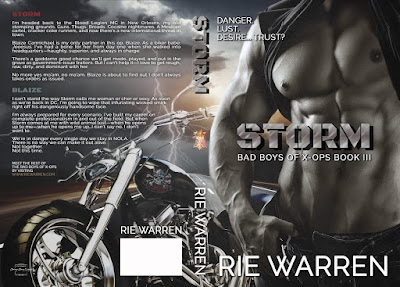 “T-Zone took you in when the CIA wrote you off,” Blaize scathed.
“And y’all think you were the ones doing me the favor? Baby, you’d need an extra hand to count the number of successful missions I’ve carried out for T-Z, and you goddamn know it.” I pushed her back with my huge muscled body pressing against her.
I watched her swallow, but some seriously angry heat came off her.
It only made her sexier to me.
“You got no excuses for that off-op shit you pulled tonight, and you know it. And you do not want to play this game with me tonight.” I began undressing.
Shirt tossed. Boots thrown. Belt whipped out. Pants tugged down.
Crossing my arms over my chest, I stood in front of her—a foreboding, tall, dark shadow of fully fit and ready-to-fuck man. “Lose the clothes, Blaize, before I slice and dice them with my knife.”
She sucked in a breath.
“You and I both know it’s been building to this.” With my hand curled beneath her chin, I lifted her mouth until it brushed against mine. “If you don’t want to get fucked and fucked hard by me right now you better leave this room and run tail back to DC.”
“I don’t back down from a challenge.”
I laughed. “This ain’t a challenge. It’s sex. You and me. Clothes. Off. Now.”
She undressed while I stood right up against her. Her breath hit me, her soft panting gusts of air. My eyes dipped lower when she skimmed the shirt from her shoulders. Her bra—lacy and creamy white—almost overflowed with her tits. I didn’t help her unclasp it but watched with hungry intensity when she hit the hook and it popped free.
The straps dripped off her arms, and her puffy pink nipples rasped against the hair on my chest.
I chugged in a lungful of air, balling my hands at my sides. My cock, thick and hard, wet the bare skin of her belly with a skein of pre-come.
“The jeans now.” My voice was low, thunderous, chest-deep.
She wiggled free, her breasts connecting with my abdomen, which clamped like I’d been hit by a hammer blow. Those soft swinging tits colliding against me made my head ratchet back. But I kept focus. Kept my gaze on her when she stood up.
No Fucking Panties.
Nude. Blaize. She was all golden skin and incredible eyes and glowing hair.
And heat poured off her, firing through my veins.
I stepped away, rubbing a hand across the thick black stubble on my chin. Taking her in. Filling my sights. Memorizing her.
And that little pink pout of her pussy lips—shiny and slick already—below the narrow tangle of bronze-red curls.
“Fuck, Blaize.”
She held her shoulders back, placed her hands on her hips, and asked, “Do I pass muster, sir?”
“Get on the bed. All fours.” A muscle at the back of my jaw ticked.
Her nipples hardened with my harsh words, and I watched a trail of wetness weep between her legs.
Fuuuuck me.
I didn’t touch her. Not yet. But it was damn hard not to.
I watched as her ass swayed, her hips switched back and forth, and she got into position in the middles of the bed.
I was hugely hung, hugely hard, and really fucking angry. Blaize knew it, and she was ready for me.
This mating dance was nearly over.
But I didn’t let myself get close to her yet.
Couldn’t.
She needed to understand the new rules first.
I almost trembled in my skin, walking around the bed, viewing her lush bod from every angle.
My voice thickened from my throat and came out hoarse and husky as hell. “Fair warning. You’ll be screaming tonight. Not because I took a strap to your ass like everyone downstairs expects. But because I’m about to fuck you so good. And when you have a hard time walking and sitting down tomorrow? Won’t be because I punished you. But because I screwed you all night long, cher.” I prowled onto the bed behind her. “Understand?”
In answer, Blaize drew herself up and cupped her tits. I straddled right behind her. For a moment. Running my hands over her body. Touching between her legs and pulling her back to me when her pelvis kicked forward. Sliding my palms up over the indent of her waist and holding her hands down to her sides. Lifting her breasts, massaging them, palming both mounds and thumbing across her nipples.
With my hand at the back of her neck, I slowly laid her down. Laid her out. 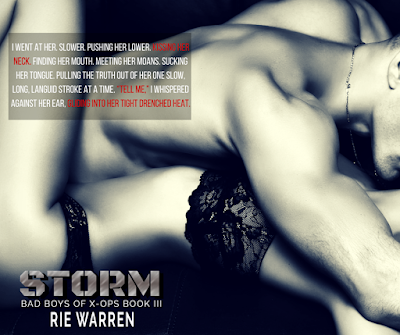 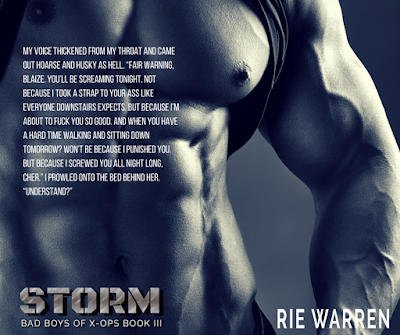 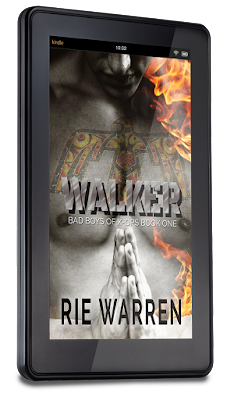 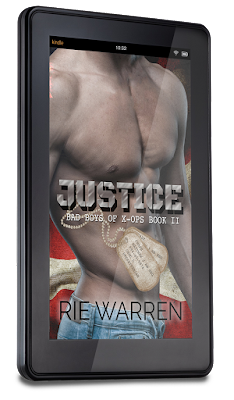 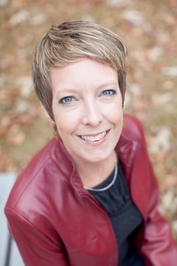 Rie is the badass, sassafras author of Sugar Daddy and the Don’t Tell series–a breakthrough trilogy that crosses traditional publishing boundaries beginning with In His Command. Her latest endeavors include the Carolina Bad Boys, a fun, hot, and southern-sexy series.
A Yankee transplant who has traveled the world, Rie started out a writer—causing her college professor to blush over her erotic poetry without one ounce of shame. Not much has changed. She swapped pen for paintbrushes and followed her other love during her twenties. From art school to marriage to children and many a wild and wonderful journey in between, Rie has come home to her calling. Her work has been called edgy, daring, and some of the sexiest smut around.
You can connect with Rie via the social media hangouts listed on her website https://www.riewarren.com. She is represented by Saritza Hernandez, Corvisiero Literary Agency. http://www.corvisieroagency.com/Saritza_Hernandez.html 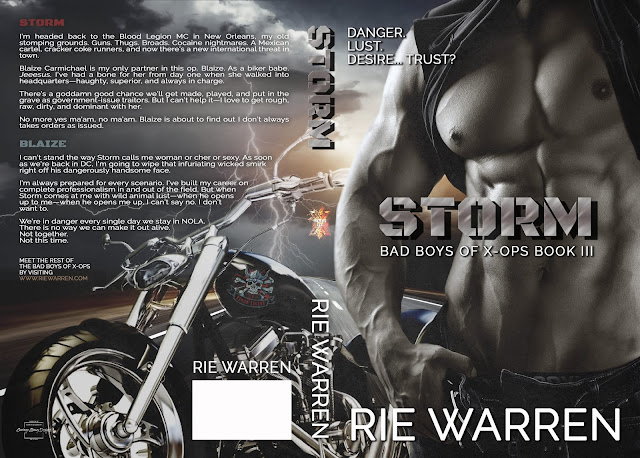 Posted by JBs Book Obsession at 7:16 PM No comments: 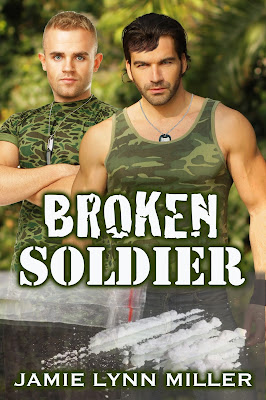 Partners in the field and out, they had been through hell together for the last four years and made it through standing side by side. But when their latest undercover op to bring down an arms dealer plunges them into a world of drugs, sex and violence, Shawn must literally get in bed with the enemy in order to complete the mission. And Connor is forced to watch, helpless, as his partner is broken into pieces.

Will love be enough to put them both back together or will this be their final mission? 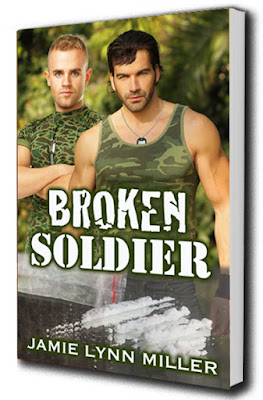 Connor cut himself off as Shawn let out an angry yell and swung a wild punch at him. Connor was forced to release Shawn’s wrist to avoid his partner’s fist, which would have caught him right in the face. He stumbled back a step, hitting the refrigerator, nearly losing his footing on the items strewn about on the floor. Just as he straightened up, Shawn grabbed a coffee mug off the counter and hurled it at Connor’s head. Connor dropped to a crouch and the mug smashed into the refrigerator.

Keeping low, Connor went at Shawn like an American football player, ducking under his partner’s arms and catching him around his middle. Shawn’s back hit the edge of the counter and both of them slid to the floor. Shawn’s fists began pummeling at Connor’s arms and chest as Connor got Shawn first onto his back then flipped over onto his stomach, straddling his waist. Shawn tried to buck him off, yelling angrily and Connor was amazed at the strength the desperate craving for the heroin gave him.


“Please, Connor, please,” Shawn pleaded with him, breathing hard. “I just need a little bit. Just a little and I’ll be fine…”


Connor quickly pulled the syringe out of his pocket and used his mouth to pull off the cap, which he spit out onto the floor.


He swallowed hard. “I’m so sorry, mate,” he said, voice rough, then injected Shawn with the sedative.


“I need it, Connor, I need it…” Shawn mumbled as his eyes closed moments later, succumbing to the effects of the sedative.


Connor slid off of Shawn’s body then, slumping against the counter next to him, his face in his hands, gutted to the core by what had just transpired. A lump formed in his throat as he lifted his head and looked at his partner, lying there unconscious. Shawn’s face was drawn, flushed and wet with sweat, battered and bruised with dark circles under his eyes that had looked at him with such pain and desperation.


Shawn was the strongest, bravest man Connor had ever known, now reduced to this broken soldier before him.


All because of duty and loyalty to his unit and his mission. For the first time Connor feared that Shawn had been shattered into too many pieces to ever be put back together again.


His chest constricted at the thought, the grief and anger inside him suddenly too much to contain any longer. He grabbed for Shawn’s hand and held on tight as he broke down, the first sob tearing through him. He cried for Shawn, who was fighting a battle he might not be able to win and he cried for the two of them, wondering how they’d survive if Shawn didn’t.


He cried until there was nothing left inside him, until his eyes ran dry and his throat burned. He gathered Shawn into his arms then and held him tight, wishing he could take his place, but instead willing every ounce of strength he had into him, the only thing he could do.

eBook copy of any backlist title 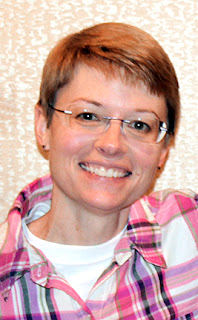 Jamie Lynn Miller has been writing fiction since childhood and decided to take the plunge and go pro in 2008, finding to her amazement that people truly enjoyed her love stories. She’s a romantic at heart, and her tales reflect the desire we all have to find “the one,” persevering through trials and heartache for that happy ending.


Jamie has a degree in fine arts and has spent the last twenty years working as a graphic designer, though she’d much rather be writing. She was born in Chicago and still lives there today with her husband and their two furry, four-footed children, er… cats.


If she’s not brainstorming story ideas, you can find Jamie at a sci-fi convention, in front of a furnace doing glass blowing, or on a mat twisted into a yoga pose.

Posted by JBs Book Obsession at 6:46 PM No comments: