Synopsis
Keegan was my world since I was six years old. When he walked out of my life, I was certain I would never see him again. He broke my heart, but truthfully, I only have myself to blame. Now I'm looking into his incredibly beautiful blue eyes. He came back into my life as quickly as he left. Both of us have changed over the years, but I can't imagine living another day without him.
My name is Aimee, and this is the story of how I lost and found my best friend and love of my life. The journey may be tough, but there is no denying that Keegan, and I to be together. He rescued me the day we met and had always been my prince charming. One thing I'm sure of, I'm not letting my happily ever after away this time.


Excerpt
I close my eyes while he opens the door, then slowly leads me into the space, the anticipation of what he’s going to show me making me feel like I’m floating on air.

We move around something, and then he lets go of my hand and walks away for a second, moving something around. Both of his hands, then touches my hips, and I’m guided down to sit on his lap.

“Keegan,” I yelp, the action having surprised me.

“I’m going to count to five, Aimee, and then you can open those beautiful eyes.” His deep and commanding voice starts counting, “One… two… three… four… five.”

My eyes remain tightly shut as I feel his beating heart against my back, matching mine.

He laughs and puts both arms around me, holding me close with his chin on my shoulder, and I can feel his breath on my neck. I suddenly break out in goose bumps.

I slowly open my eyes, seeing we are sitting directly in front of his expansive window. The scene in front of me is one of beauty. I am facing the New York sky, the stars twinkling above and lights of different colors below us. I can see everything for miles, the entire city. It’s the most amazing view I have ever seen. The buildings and sky fit together like the perfect puzzle. The view at night is more glorious than I ever imagined, just as Keegan mentioned during his interview.

“This is… just… no words, Keegan.” Although him sharing this with me makes me feel something in my heart, I can’t find the words to describe it.

He holds me a little tighter. “I know. You don’t have to say anything.”

“Thank you for showing this to me,” I whisper.

“You’re welcome,” He replies in another whisper.

“No, really, thank you. I could sit here all night, looking at this.” I tell him, imagining how beautiful this scene would be watching the sun rise. Of course, what would make it special is watching it together.

“I have actually looked out these windows and watched the city all night.”

“I’ve never shared this with anyone until now.”

“Yes. As if I would even want to be here with anyone else.”

I melt into him. How could this man be any more perfect?

Mindy has been in love with love, as long as she can remember. As a child, you could find Mindy engrossed in books and dreaming of her happily ever after. She was lucky enough to find her prince charming and lives in Ohio with and her four precocious children.

Posted by JBs Book Obsession at 11:19 PM No comments:

Cover Reveal: Fall For Him The Forbidden Trilogy #3 By JC Valentine

Synopsis: Two men. Both brothers. One life-changing decision.
I made my choice. One perfect weekend assured me I was right. One set of pictures proved me wrong.

Graduating college was supposed to be a happy time. Instead, I lost my best friend and suffered the worst kind of betrayal. Now, my whole life is in flux. I need my best friend. I need answers. There’s only one way to fix this. It’s time for a change. It’s time to take back control of my life, and the only way to do it is to face my problems head-on.

Even if it means walking into the lion’s den to do it.

*AUTHOR'S NOTE* Fall for Him is the third and final book in the Forbidden Trilogy. Dance for Me (#1) and Lie to You (#2) must be read first.

Have You Read the Other Books in the Forbidden Trilogy? Click On the Banner Below!

USA Today Bestselling author J.C. Valentine is the alter-ego of Brandi Salazar, whose enjoyment of tales of romance spurred her to branch out and create her own.

She lives in the Northwest with her husband, their wild children, and far too many pets. As a university student, she , which goes well with her dream of becoming an editor. Brandi entertains a number of hobbies including reading and photography, but her first love is writing fiction-in all its forms.

Posted by JBs Book Obsession at 9:09 PM No comments:

Blurb Reveal: Run with You by Kandice Michelle Young

Reveal
Run With You

Your scars, my scars, our scars...

A desperate promise wby her lover in the heat of the night. Can it be enough?

Sebastian saw me at my worst and still he gave me his best. When it was his turn to fall, I feared I wouldn’t be strong enough to catch him. The choices he made as a boy threatened everything about the man he’d become. I knew the struggle to keep his love would be the greatest battle my heart's had to face. Still, I could never have prepared myself for what was coming.

turned upside down, it was hard enough to live with myself after what I'd done. Already unable to trust, I was trapped in a whirlpool of newly discovered truths. How could I live with his wounds when I was already dying from my own?

A hopeful plea from his lover's lips. How can he comply when telling her means destroying everything they've worked for?


Danielle was spiraling and it was up to me to reel her in. I could’ve lost it all in a heartbeat, but it would’ve been worth it if it meant she was safe. Calculated to the end, I had an plan to protect her. I just never imagined it wouldn't be enough.

The ghosts of my past were no longer trapped in my nightmares. They were real and they walked among us, waging war on all that I held dear. How could we win the battle when we had nothing left to fight for?
Two damaged souls. Too many mistakes. One future in jeopardy… 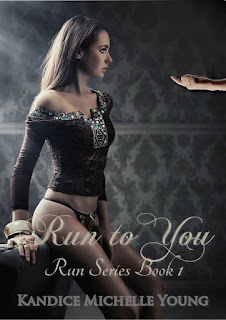 I moved to New York for a fresh start.  I did not move here to fall for a man like Sebastian.

Sebastian Black came into my life like a storm the peak of the nightdark, raging, all-consuming, and guaranteed to leave destruction in his wake. From the moment our eyes met, he had a hold on me. I wanted, craved, and needed him like nothing I had ever desired before.

The problem was he needed total submission . From the moment he handed me the contract, I knew what he was  would destroy me. What I had not planned was his ability to make me  destruction. I would lose myself in him. Sebastian knew how to take me over the edge, and before I even knew it, I wanted to go .

It was evident that my past had the ability to destroy us. What I had not calculated was the power of his to do the same. My dark, brooding, impeccably sexual, alpha-male had his own crosses to bear. I was not sure I was strong enough to handle them, or the woman who helped chain him there. 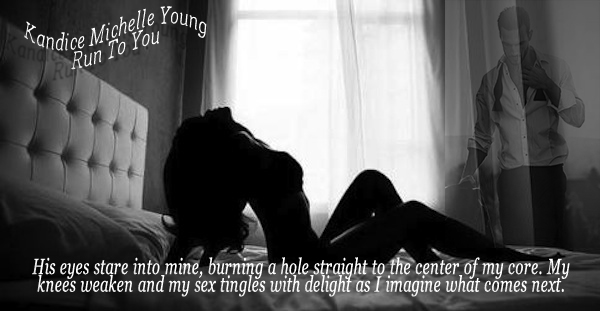 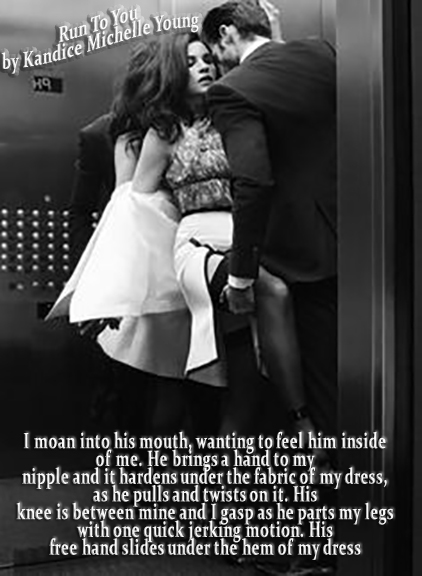 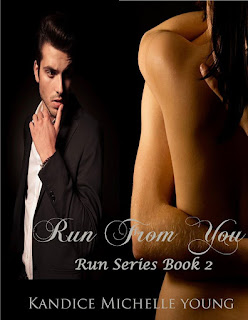 Sebastian called me his princess, but he was far from my white knight. He was my drug. One hit and I was addicted to him.

I ran from him to save my life. I kept running to regain my sanity. Kyle would help me with that. His warmth and familiarity were just what I needed to get back on track. Beautiful in his own right, Kyle was everything I once knew to be good about the world. Kyle was perfect for me, he always had been.

Except he wasn't Sebastian, he could never be. The horrors of my past pulled me away from him. The nightmares of my present would bring us back together.

Confused though I was, I knew Sebastian was the only choice. The damage done was great, love greater. Surviving each other would take everything we had, but it was the only option.

Every mistake we had made would collapse on top of us, burying us alive in a mountain of anger and guilt. Neither of us could have prepared for what was coming. The only way out was through. The question became, would we be strong enough to make it through together or would our secrets tear us apart once more? 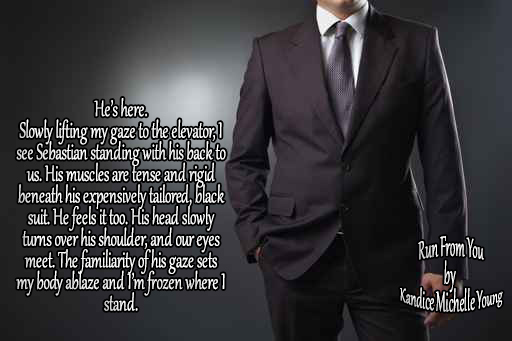 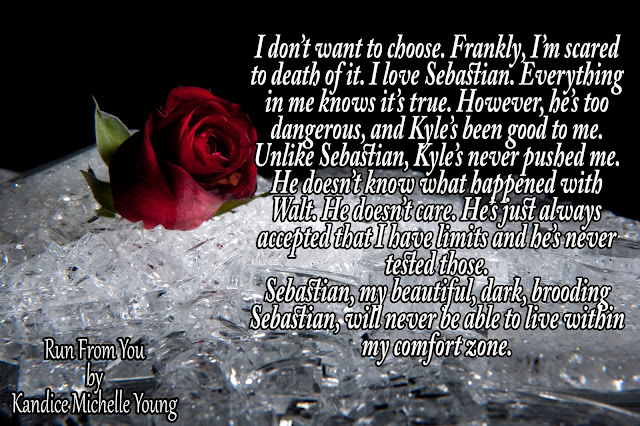 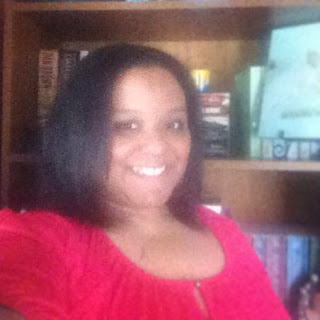 
Her debut erotica novel, Run to You, the first in the series Run, is coming soon.


Kandi’s love of storytelling can be traced back to her fourth grade year, when a history lesson on Native Americans became too unimaginative for her liking.  She took it upon herself to liven things up by creating a story that was based on half-truths about a self-named Indian Princess. Kandice is in fact of Native American heritage (her great-grandmother was a full-blooded Cherokee) and in her own mind a princess, so you can see where her inspiration came from.  Her story was a huge hit with friends, and an author was born.

Kandice was born and raised in rural Arkansas, where she currently lives with her husband and three children.

Though, if you ask ’ll confirm that her soul is lost somewhere on the west coast waiting for the day that her body can rejoin it.

Posted by JBs Book Obsession at 2:00 PM No comments: