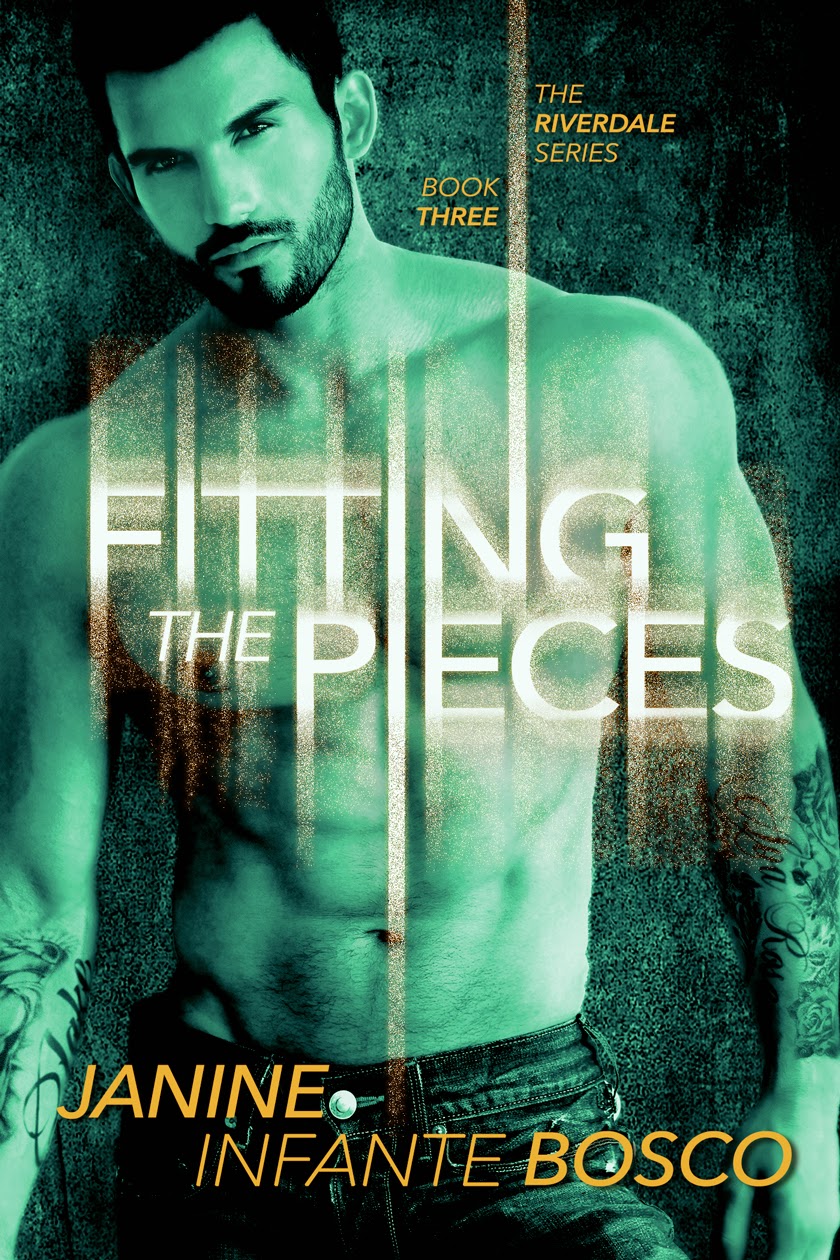 This is the third and final book in this series, the series should be read in order.  If you are a fan of love stories this is the series for you.  You will laugh, you will cry and get a bit hot and bothered by the Lanza brother’s and their friend Nick Foti. The couples in this series go through some really tough emotional times.  In the end they support each other and help to heal each other.  From the first book Pieces, to the second Broken Pieces and now the third book Fitting the Pieces I wanted to be a part of this group of people.  The author tells a real story with real subjects and real emotions.

Luke Lanza has always been the responsible guy, the one to always know when to do the right thing.  He took on being a single dad without complaint.  Started his own repair shop and has grown it into a flourishing business.  He has always had the help and support of his family.  Tragedy strikes the Lanza clan when they lose one of their own.  Jake Lanza was Luke’s little brother, he was supposed to save him but somehow he failed him.  So when Jake pleads with Luke on his deathbed to look after his fiancé Cara, Luke promises he will without hesitation.


Luke swallowed. “I promise I’ll take care of Cara, you don’t have to worry about her.” A tear slipped down his cheek as he finished his vow to his little brother.
Jake smiled slightly and closed his eyes. “I could always count on you.”

But when Luke starts to find himself falling in love with the beautiful Cara he doesn't know what to do with his feelings.  Betraying his brother’s memory by lusting after his girl is not an option for the steadfast Luke.  Can he deny his growing feelings and make the sacrifice to live without her? When he discovers Cara’s life spiraling out of control his need to protect her kicks in and he helps her through the most difficult time in her life.

“I don’t want to fix her because she’s broken.” He said with his own voice sounding a bit broken. “I want to help her because losing her too isn't an option.”


When Cara Slone finally admitted that she was in love with her best friend Jake Lanza her life couldn't have been better.  Until he loses his battle with cancer and leaves her feeling alone, lost and broken. Wanting to escape the pain Cara starts using prescription drugs so she can stop feeling.  She hits rock bottom when she nearly kills herself driving while high on pills.  Desperate she finds herself begging the one person she didn't want to depend on for help.  Jake’s brother, Luke.

“I know you’re at peace and I should be thankful for that, but I can’t be. I never realized what a selfish person I was. You were suffering and all I could do was pray for you not to leave me.”

Is there really such a thing as true love a second time around? Or has Cara had her one chance at true love and lost it?
Can you help who you fall in love with? Even if Luke can’t love her, he will save her from herself.

When we met Cara in book one she and Jake were inseparable from age fifteen.  He was her rock, her savior, her hero in all ways.  Cara is lost without him to hold her up, keep her safe.  She doesn't know what to do with her feelings of loss, so she does the only things she can and stops feeling.  The drugs allow her to forget, to stop dreaming of Jake's voice, his touch.  She can’t live without him her life is over so why bother living.  Not the most mentally healthy way to deal with her grief but Cara is lost.  Luke has been trying to help her, guide her, keep her safe.  But she resists his help at every turn.  Until a tragic accident makes Cara realize she is hurting herself and the only family she has ever known, the Lanza’s.  In an effort to mend her broken life she asks Luke for help and checks into rehab.
In rehab Cara learns about her daddy issues and tries to deal with them as best she can.  She also tries to deal with her tremendous grief over not having a life with Jake.  While she is in rehab she begins to remember a particular incident involving Luke while she was high on drugs and suddenly changes how she looks at Luke.  He has been nothing but committed and helpful in her recovery they begin to start a comfortable friendship they never had before.  But she notices different things about Luke that in all the years she has known him never stood out to her before.

“You’re hot.” She blurted freely and then closed her eyes mentally kicking herself.

Cara and Luke’s building friendship to something much more progressed slowly as it should.  Luke wanted her but he was giving her the time to figure out what she really wanted.  Cara was conflicted feeling that Jake’s family would think badly of her. One brother dies and she picks up the pieces with the one left behind.  Luke is the ultimate sexy, hot, alpha male, protective guy that we all want to have fall in love with us and take care of us.  To top it all off he is a dedicated father to his daughter Ava, the interactions between father and daughter really tug at your heart.

“I know I promised to be patient.” He said gruffly. “I can’t wait any longer Cara. I physically can’t wait anymore.” He leaned into her and with the sexiest voice she had ever heard he all but purred his plea into her ear. “I need to be buried deep inside of you…”

This series was about family and the love and support that we all need and thrive on.  These characters held each other up when they needed it.  They were there to give each other the honest truth that sometimes we don’t want to hear.  Nick and Sam are back to have their baby and get married.  Nick steps up as more of a brother since Jake's passing.  Deb and Joe are highlighted more in dealing with their son’s death and their other son’s growing feelings for his brother’s girl and feeling like he failed his brother and family. The whole family including young Ava has a hand in bringing Cara and Luke together.

“I was just telling Cara a bit of our story.” Deb said before standing up and walking over to her husband.
“Pretty good story, no?” Joe asked Cara, throwing a wink in for good measure.
“One of the best ever written.” Cara said sincerely.
“Makes you want to go write your own, no?” Joe smiled at her before looking at his wife. 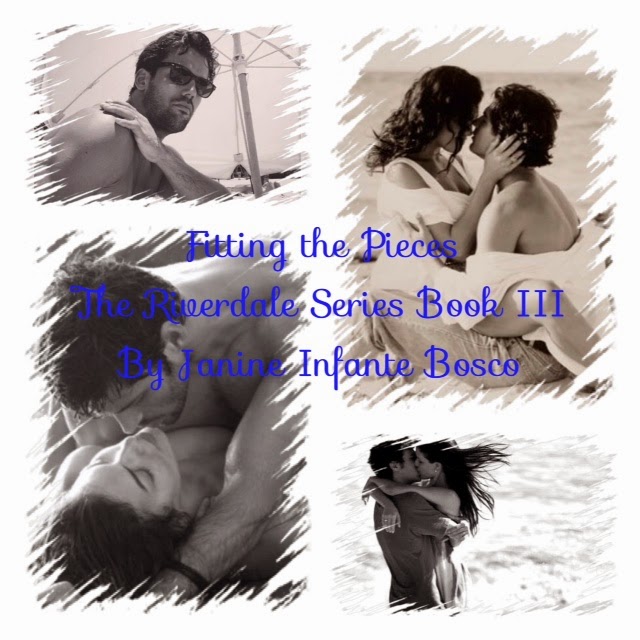 Posted by JBs Book Obsession at 10:24 AM No comments: