You can also order SIGNED print copies of the Quantum trilogy now at marieforce.com/store (best price in print). The books will be available in audio on release day--or that's the plan anyway!

ABOUT The Quantum Trilogy:
New York Times bestselling author Marie Force writing as M.S. Force…
He’s a sexual dominant. She’s sworn off sex. There’s no way they can make a relationship work—or can they?
After surviving a traumatic event at age fifteen and the ensuing estrangement from her family, Natalie Bryant has worked for years to reinvent herself into the woman she is today—a happy teacher fresh out of college and enjoying her first winter in New York City with her faithful dog, Fluff, by her side. Natalie isn’t expecting her life to change completely during a routine stroll through Greenwich Village on a blustery January day. But when Fluff breaks loose and charges into a park, Natalie gives chase and crashes into her destiny. Only after Fluff bites and draws blood from the man who accidentally knocked Natalie down does she realize Fluff has bitten the biggest movie star in the world.
He has no business being enthralled by the gorgeous, young, innocent teacher…
Natalie captivates Flynn Godfrey from the first moment their eyes meet while she is lying on the ground and he’s fighting off her ferocious little beast of a dog. The only thing Flynn knows for certain is if he lets Natalie get away, he’ll regret it for the rest of his life. After only a short time in her presence, Flynn is prepared to change who he is to be what she needs. He knows he’s in big trouble when she says she won’t sleep with him and he doesn’t care if it means he gets to keep her in his life. But can he turn his back on the lifestyle that has defined him? Can he deny the desires that drive him to give Natalie the introduction to love and romance she so deserves? And most of all, can he keep his truth hidden from her long enough to have forever with her?
Join Flynn and Natalie as their story unfolds in three full-length books released three weeks in a row: VIRTUOUS, VALOROUS and VICTORIOUS. From New York to Los Angeles, from Hollywood to Las Vegas, Flynn and Natalie’s whirlwind love affair has it all—romance, passion, steamy hot sex, relentless paparazzi and a murder that could be their undoing.
If you hate dirty-talking heroes who put it all on the line for the women they love, who leave no desire unfulfilled, who will do anything it takes to protect what’s theirsIf elements of BDSM make you queasy, if smoking hot sex isn’t your thing, if cliffhangers make you rage, if you hate first-person points of view from the heroine AND the hero... trilogy is NOT for you! You’ve been warned…

And now, a little something from VICTORIOUS....

Natalie appears in the doorway to my office. “I talked to Aileen, and she doesn’t sound too good. She had on Friday, and the kids are home today because of the snow. I was thinking I might go over there and entertain the kids so she can rest. Would that be okay with you?”
“Only if I can come with you.”
“I thought you had to work.”
“I did, and now I don’t have anything else scheduled until eight o’clock tonight.”
Her eyes drop and her cheeks flush at the mention of our date. “Oh, well, if you want to come, I’m sure the kids would love that.”
“You should check with Aileen first. I don’t want to make her feel uncomfortable.”
“I’m sure she won’t mind, but I’ll ask her if we can hang out with the kids for a while so she can rest.” She sends a text and receives an immediate response. “She says they’d love it and that neither of us are to look directly at her or at the condition of the apartment.”
I laugh at the cute but sad reply. “We can’t drive, though. With everyone home because of the snow, we’ll never be able to park. We’ll take a cab.”
“How will we get out of here undetected?”
“I have the perfect solution.”
“I won’t wear Russian fur on my head.”
“I wouldn’t dream of making you do that. I’ve got something even better.” He disappears into the “bedroom and returns carrying two hats. When he hands one to me, I see they are knit ski masks with holes for the eyes, nose and mouth that cover the entire face. “No one will look twice at us in today, because everyone will be wearing them.”
“I’ve always thought they were kind of creepy when I saw people wearing them on the street.”
“They do come in handy on days like this. And this way we can leave the security guys at home.”
“Where are they when we’re here?”
“In an office in the building next door. I call them when we need them.”
“That must cost a fortune.”
“It does, but it’s well worth it.”
We up in the warmest clothes we can find and head out a short time later with Fluff leading the way. In addition to the snow masks, we’re wrapped up in scarves, warm parkas and gloves. “I wish I had my boots.” The best she was able to do is a pair of black Nikes.
“I’ll carry you over any puddles.”
The doorman hails a cab for us, and as we’re on our way out the door, Fluff stops right on the sidewalk to pee. Natalie and I lose it laughing, which draws the attention of the photographers camped outside my place. “Quick.” I gesture to the waiting cab. I scoop up Fluff the second she quits peeing, and we make a break for the car before the photographers can get themselves organized.
Once inside the cab, we remove the masks.
“I can’t believe they stand out there in the for a glimpse of you,” she says.
“And you.”
“But mostly you.”
“I don’t know… Liza says pictures of you are going for a pretty penny these days, too.”
After a slow ride through slush and ice, we arrive at Aileen’s building. The are so high that I have to make good on my promise to pick up Natalie—and Fluff—and carry them over the snow “to the vestibule.
“Our hero,” she says.
“I specialize in damsels in distress.”

And don't miss the first two books in The Quantum Trilogy!

ABOUT M.S. Force:
M.S. Force is the erotic alter-ego of bestselling author Marie Force. The Quantum Trilogy is M.S. Force’s first foray into erotic romance, but it won’t be the last!
With more than 3.5 million books sold, Marie Force is the New York Times, USA Today and Wall Street Journal bestselling, award-winning author of 40 contemporary romances. Her New York Times bestselling self-published Gansett Island Series has sold more than 1.8 million e-books since Maid for Love was released in 2011. She is also the author of the New York Times bestselling Fatal Series from Harlequin’s Carina Press, as well as the New York Times bestselling Green Mountain Series from Berkley Sensation, among other books and series, including the new Quantum Trilogy, written Force.
While her husband was in the Navy, Marie lived in Spain, Maryland and Florida, and she is now settled in her home state of Rhode Island. She is the mother of two teenagers and two feisty dogs, Brandy and Louie.
Marie’s mailing list for news about new books and possible appearances in your area. Join one of Marie’s many reader groups at marieforce.com/connect. Contact Marie at marie@marieforce.com.
Follow her on Facebook at Facebook.com/MarieForceAuthor, on Twitter @marieforce and Instagram at .

Posted by JBs Book Obsession at 10:35 AM No comments: 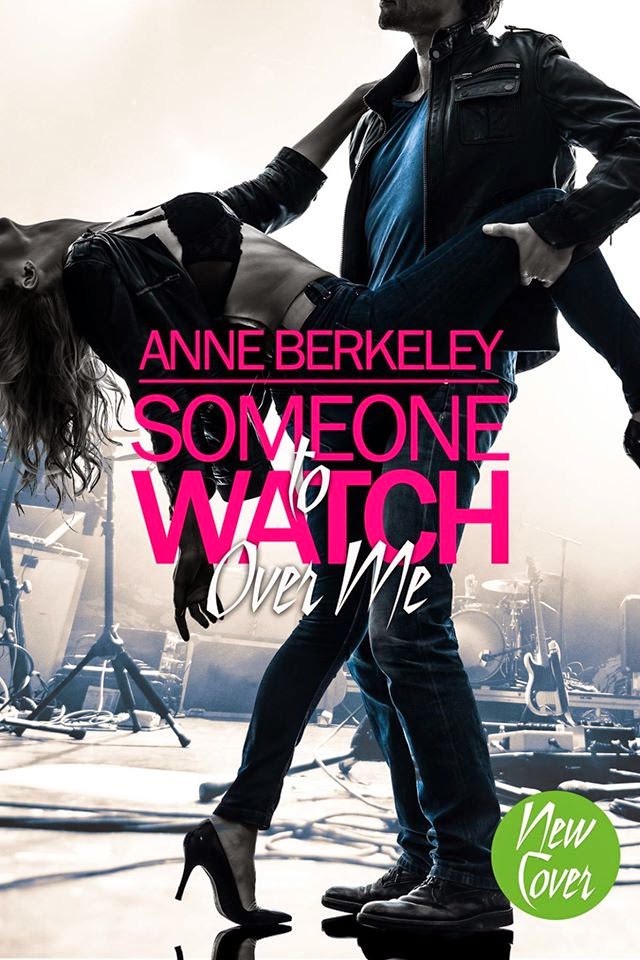 Posted by JBs Book Obsession at 12:37 AM No comments: