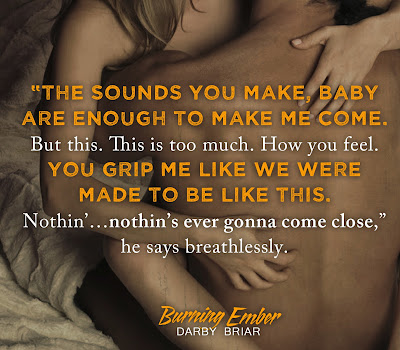 The last thing she needs after running from one monster is to land in the lair of the Devil.
Twenty-one year old Ember flees her past with soot on her face, ash in her hair, and a promise. She’ll never let another man take away her freedom and treat her like she means nothing.
But that is exactly what Maverick Gunn, leader of the notorious Harbinger’s of Chaos Motorcycle Club seeks to do from the moment his lethal gaze on her. He burns her with every look. Every touch. Every word.
Ember’s only hope is to convince him she’s nothing like the woman who blackened his soul before he drags her down into the darkness with him.
Posted by JBs Book Obsession at 9:00 AM No comments:

You Only Love Twice (Masters and Mercenaries #8) by Lexi Blake

You Only Love Twice by Lexi Blake


You Only Love Twice (Masters and Mercenaries #8) by Lexi Blake

Phoebe Graham is a woman with a secret she is in deep cover infiltrating the enemy observing their everyday lives watching for an opportunity to take out the man she holds responsible for her husband’s death. Jesse Murdoch is part of the McKay-Taggart Security team. He is gorgeous and sweet and he makes Phoebe want to trust him. Still living in the past mourning her dead husband, she is consumed with guilt and cannot move on with her life. Could Jesse make her see that she deserves a second chance at love?

Jesse Murdoch is a man without a home or family. He has never had brothers to count on and to have his back. When capture him, Jesse was sure his days were numbered. Forced to watch his friends and the woman he loved to be tortured and killed he loses his mind. Finally rescued, he comes home to suspicious as to why his captives spared his life, making him the sole survivor of his unit. Jesse has the same question. He struggles with PTSD until he starts life as a civilian working at McKay-Taggart they take him in and treat him like one of their own. He finally has a place to call home and he is beginning to consider his family. When he starts spending time with Phoebe, the stunningly beautiful accountant, she makes him feel like he could be more than the broken man who failed his unit.

“Ten’s words went straight to his gut. If he could make her smile, make her happy shouldn’t he fight for the right to do so? Even if it meant fighting her?”

Once again, Lexi Blake knocks it out of the park with this next installment in the Masters and Mercenaries series. She continuously manages to pull me into the book right from the first page, I am happily dragged back into the McKay-Taggart world where the men are gorgeous and insanely overprotective, and the woman is strong and feisty. These all manage to make me weak in the knees every time I read a new installment. Master in training Jesse is no different, his vulnerability touches my soul, and his inner strength that he doesn’t even realize he has made me love him even more. It was a privilege to read about his transformation from victim to hero.

”I think what I’ve figured out is that we don’t have a limited amount of love. It doesn’t get all used up and then there’s nothing left. We choose. We choose who we love and how we love, and there is nothing between two consenting adults that brings them connection and pleasure and joy that’s wrong.”

Jesse and Phoebe’s story was beautiful and heartwarming. Jesse loved her unconditionally from the beginning, even when he found out she had been lying to him. Even without ever kissing her or touching her, he fell in love with her soul. He tries to be mean and toss her aside, but he can’t. She’s already a part of him and he refuses to let her go. Phoebe wants Jesse but feels like she is cheating on her dead husband consumed with guilt over her part in his death. She can’t seem to forgive herself. Phoebe and Jesse have great chemistry sexually they are totally steaming. However, I loved how they had some deep conversations as well, hashing out their feelings and what the next step for them would be. When Jesse brings out his dirty talking Dom side watch out, panties will melt. As the book progressed, I felt like we were following Jesse and Phoebe on their journey of self-discovery. They couldn’t love each other until they were able to forgive themselves for their past mistakes.

”The key, he discovered, was simply overwhelming her with what she needed so desperately-love and affection. And no small amount of dominance.”

As always, Lexi gives us time with our favorite McKay-Taggart operatives, like Liam, Alex, Jake, and Adam. As well as some new guys Tag and Sean’s half-brothers Case and Theo and a sassy new female operative Erin she was a trip. I cannot forget Ian Taggart; the big man does his best to stop his employee’s from creating drama even though we know he loves it. The whole book was full of tender loving moments as well as crazy hot sex at our much-loved BDSM club Sanctum. I could not put the book down for a second. Way to go Lexi great job building fascinating story and strong characters.

“Tag smiled and went back to unpacking the food. “This is really the greatest thing that ever happened to me. Well, besides the whole wife-coming-back –from-the-dead and having a baby and shit, but other than that, getting to punch Ten at random is really the best”

The set up for Tennessee Smith’s story in Master No is great I love his relationship with Tag and can’t wait to read more. As always, I highly recommend this series, the books need to be read in order so you can understand where the story is going as all of the plots intertwine as they go along, and flow.

“Don’t think about it. Just do it. There are no guarantees in life except that if you waste it, you’ll regret it. Take it all—the good, the bad, the risky.” 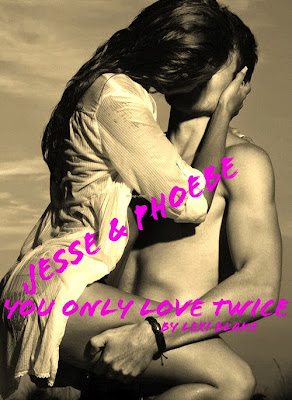 View all my reviews
Posted by JBs Book Obsession at 12:00 AM No comments: