Release Blitz: Stronger with Her by JA Hensley

Stephanie’s life has been on auto pilot for years. Growing up a child prodigy with a troubled family does that to a woman. Her job as a computer tech just reinforces her invisibility. She wants to be seen, to be noticed, and her solution is working part-time as a dancer. What she wants more than anything else, is to be known.

James suffered a tragic loss four years ago and has since kept his focus on work. He’s built Owens Ammunition from the ground up to be a very successful company. When his buddy makes him attend a birthday party, he’s forced to go outside his comfort zone. That’s when he sees her on stage and his world shifts on its axis.

One night, one dance, one fateful meeting that changes two lives forever. Will he find that he’s stronger with her? 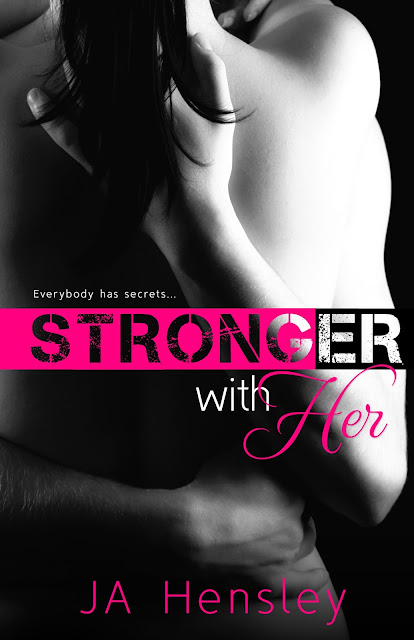 “Now coming to the main stage is The Shady Sprocket’s very own Vixen!” Paul turns around, practically jumping out of his seat to get closer to the stage. I shake my head and sit back down, effectively moving as far away from the stage as possible. If Paul’s excitement is any indication of how this girl is, my bladder will have to wait so I can watch him make an ass of himself.

All the lights dim as the spotlight focuses on the curtains at the back of the stage. The opening chords of Def Leppard’s “Pour Some Sugar On Me” are blaring through the speakers, and I roll my eyes at the cliché song. Every stripper uses this one at some point. The curtains open and this tiny woman wearing platform heels, a black leather halter top and the tiniest skirt with zippers up both sides that barely covers her ass slinks out from backstage.

To be fair, everyone is tiny compared to me but she can’t be taller than five and a half feet without her stripper shoes. Walking slowly and seductively up the stage, looking at the men like she wants to eat them, she stops at the pole, leans her back against it and slides down to the floor. She humps the floor a couple times, bounces up to her feet, reaches behind and pulls herself up the pole. She spins around slowly and as she does she slides down, ending in the splits. This routine continues for the duration of the song. All the while, men are throwing money at the stage and vying for her attention while she takes her clothes off, leaving her in just heels and the tiniest black thong on earth.

Just as the song reaches the bridge, she looks directly at me. I find that I can’t look away, like there’s something holding my gaze to hers.

With long black hair, sparkling blue eyes, and plump red lips begging to be kissed, she’s beautiful. There’s no denying it, but it’s something else. I watch her on the stage, twirling on the pole and she looks . . . happy. Most of the women in here look bored like they’re trying to imagine themselves anywhere else. This woman, however, is smiling and enjoying herself; showing off her gorgeous tits as she hangs upside down, sliding toward the stage slowly. My friends have been dragging me here for years, and I’ve never seen anything like it. Obviously, neither have the rest of these men who are going crazy. I can’t believe the sight in front of me of grown men practically crawling over each other to get closer to the stage.

The bouncers must hate this. My friends are in the thick of the crowd, and I shake my head. Being over six five, I don’t have any problem watching the show from where I am. Def Leppard continues to blare out of the speakers, and she moves perfectly with the music. She’s really good and she knows it, teasing and wiggling just enough to keep the dollar bills floating to the stage. Why have I never seen her before and why can’t I take my eyes off her? I feel like I’m under some sort of spell, drawn in by a force I can’t explain but not wanting to fight it at all. It’s not lust; it’s something else.

She smiles and winks at me just before spinning one more time to land on the floor in the splits as the music comes to an end to the loudest cheers I’ve ever heard in here. This girl knows what she’s doing.

The volume of the crowd is deafening as they chant, “Vixen! Vixen!” It takes two men to help her pick up all the money on the stage but she walks slowly around the stage lifting the bills and giving everyone a little bit more attention. I follow her every move, unable to look away. When she finally makes her way backstage, the spell is broken, and I feel like a part of me is missing. What the fuck is that about? I throw back the shot that has apparently been waiting for me and shake my head to clear it. 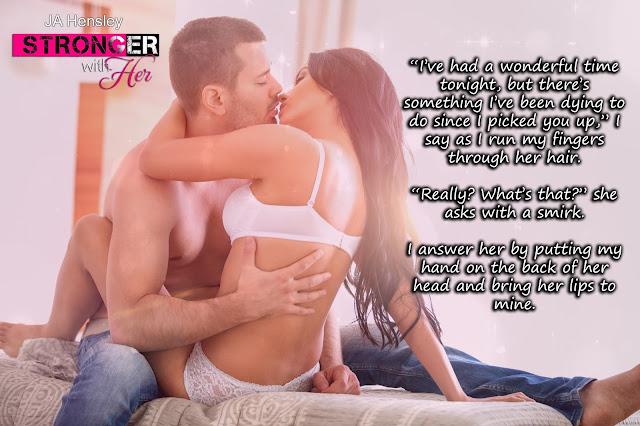 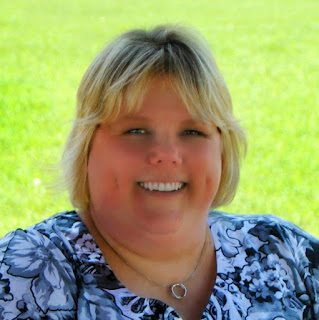 J.A. Hensley's debut novel, Wedding Dreams, was named an Amazon Erotica Best Seller. She loves smut of all kinds and is a reader first. J.A. is constantly working on a new project, whether it's writing or working in her craft room. She lives in the Midwest with her husband and daughter, and spends her days teaching college students about social work and human sexuality.

Wedding Dreams (Series Collection: With This Ring & I Thee Wed)

Stronger With Him (Strength Series #1) 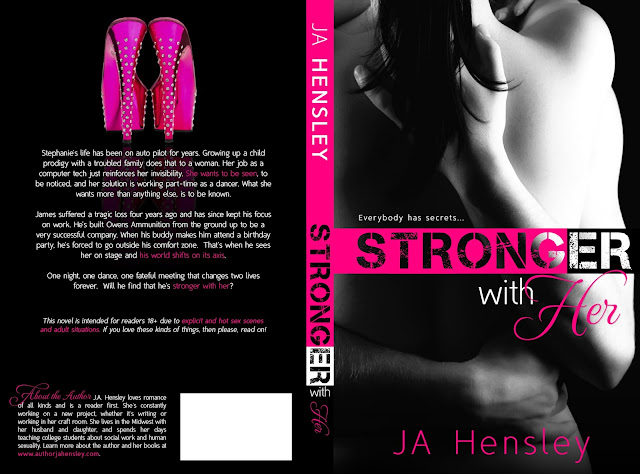 Posted by JBs Book Obsession at 11:30 AM No comments:

I wasn't always a stud.
I know. I know.
Shocker!

But contrary to popular belief, I wasn't born this sexy.

The transformation wasn't easy, but it was worth it.

My life became so awesome that I should've seen it coming.
A guy can't be that lucky--all the time.

The truth is, life has a way of knocking you on your ass.
Especially when you believe you're invincible.

If only I had seen the point of IMPACT sooner. 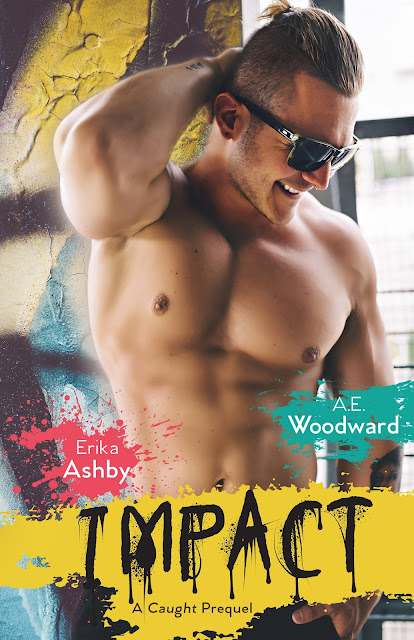 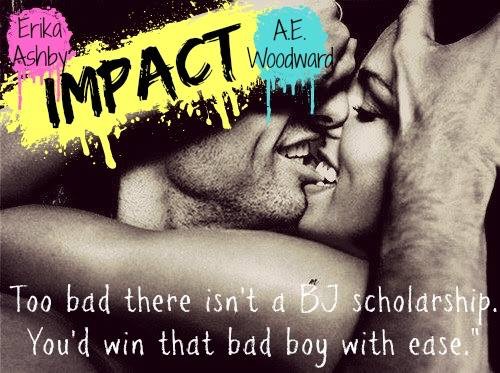 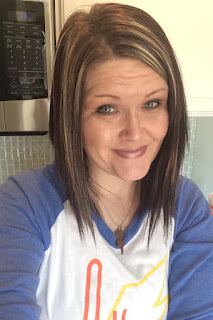 Being born an "Army Brat", Erika Ashby has been residing in Oklahoma the last 10 years finally putting an end to the nomad tendencies she had grown accustomed to. She's a happy and slightly crazy mother of four. She has an insane passion for music and embraces her Inner Groupie any chance she has. It wasn't until the age of 29 that she realized she also had a hidden passion for reading; before then she claimed to have hated it. Six months after unlocking that deep desire she never knew she held, she turned the key to another chapter of her life which has become the desire to write. And the rest is still history in the making.

A.E. lives in Vacationland with her husband and two children. Between her real job and writing she finds little time to enjoy life's finer things. However in the free time she does manage to steal, she enjoys spending time with friends and family, and reading. A.E. is the author of Kismet and A Series of Imperfections: Imperfectly Perfect, Imperfectly Real, and Imperfectly Bad. She is currently writing her fifth book, Working Girl. 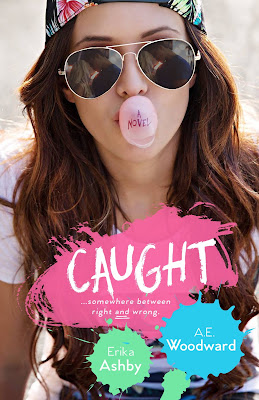 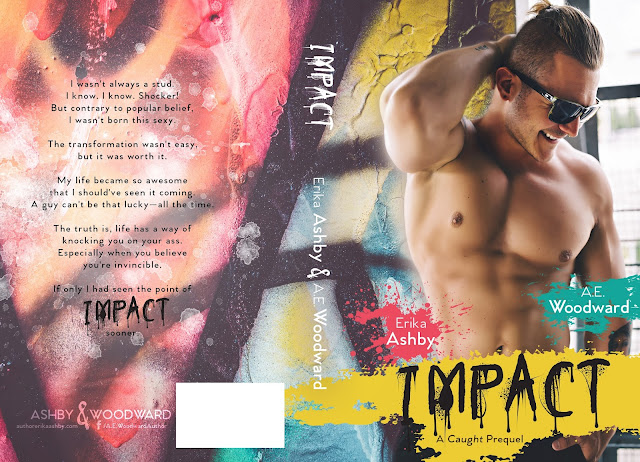