For fans of C.C. Wood's Bitten series, discover how it all began...

In a mythical land not of this time or place, two lovers are drawn together. Alaunus and Aveta. Their destinies flow through their veins, borne in their very blood.

Lost in the discovery of newfound passion, neither of them sees the evil that stalks their every move...until it's too late.

As Alaunus lies upon his deathbed, Aveta seeks help from the god and goddess, willing to conjure a dangerous power to save his life. Through love and desperation, she creates a new magic that will affect the future of her world ¬— and ours.

A native Texan, C.C. grew up either reading or playing the piano. Years later, she’s still not grown up and doing the same things. Since the voices in her head never shut up, C.C. decided to share their crazy stories and started writing books.

Now that she has a baby girl at home, C.C.’s non-writing time is usually spent cleaning up poopy diapers or feeding the poop machine. Sometimes she teaches piano, cooks, or spends time bugging her hubby and two beagles. 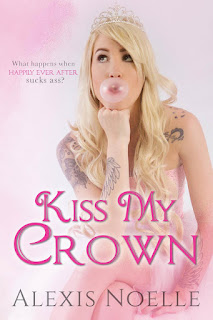 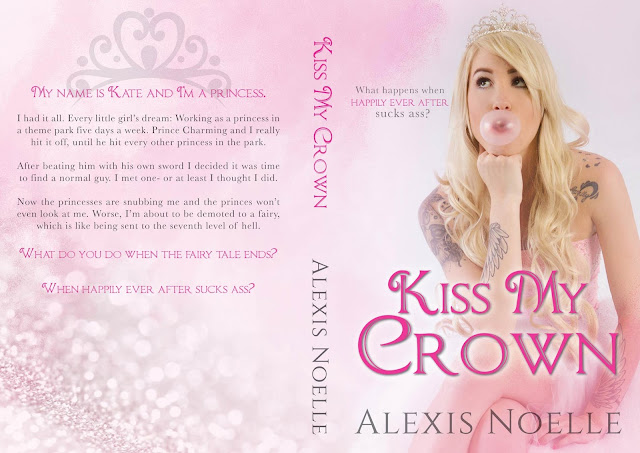 My name is Kate and I’m a princess. I had it all. Every little girl’s dream: Working as a princess in a theme park five days a week. Prince Charming and I really hit it off, until he hit every other princess in the park.After beating him with his own sword I decided it was time to find a normal guy. I met one- or at least I thought I did. Now the princesses are snubbing me and the princes won’t even look at me. Worse, I’m about to be demoted to a fairy, which is like being sent to the seventh level of hell.What do you do when the fairy tale ends?When happily ever after sucks ass?

Author Bio
Alexis Noelle lives in Philadelphia, Pennsylvania with her husband, and two kids. On top a writing career, she is a full-time student and a full-time mom. She loves spending time with her kids, although she has to hide the computer from them when she is writing! She loves being active and being outdoors, especially if it involves any kind of shopping.
She has always been passionate about writing. She loves to read romance books and feels like being able to lose yourself in a book is one of the more exciting aspects. The books she loves to read and write will be ones that make you feel for the characters. Alexis believes that you should have an opinion on every character in a book whether you love them, hate them, or think they are up to something.
She also believes that the most important critic is your reader, so she loves to hear from the readers. She wants her fans to be open & talk to her about what they want for the characters in the story, and what they would like to see happen.