Sale Alert! - 99cents - Rise to Me by Shani Struthers 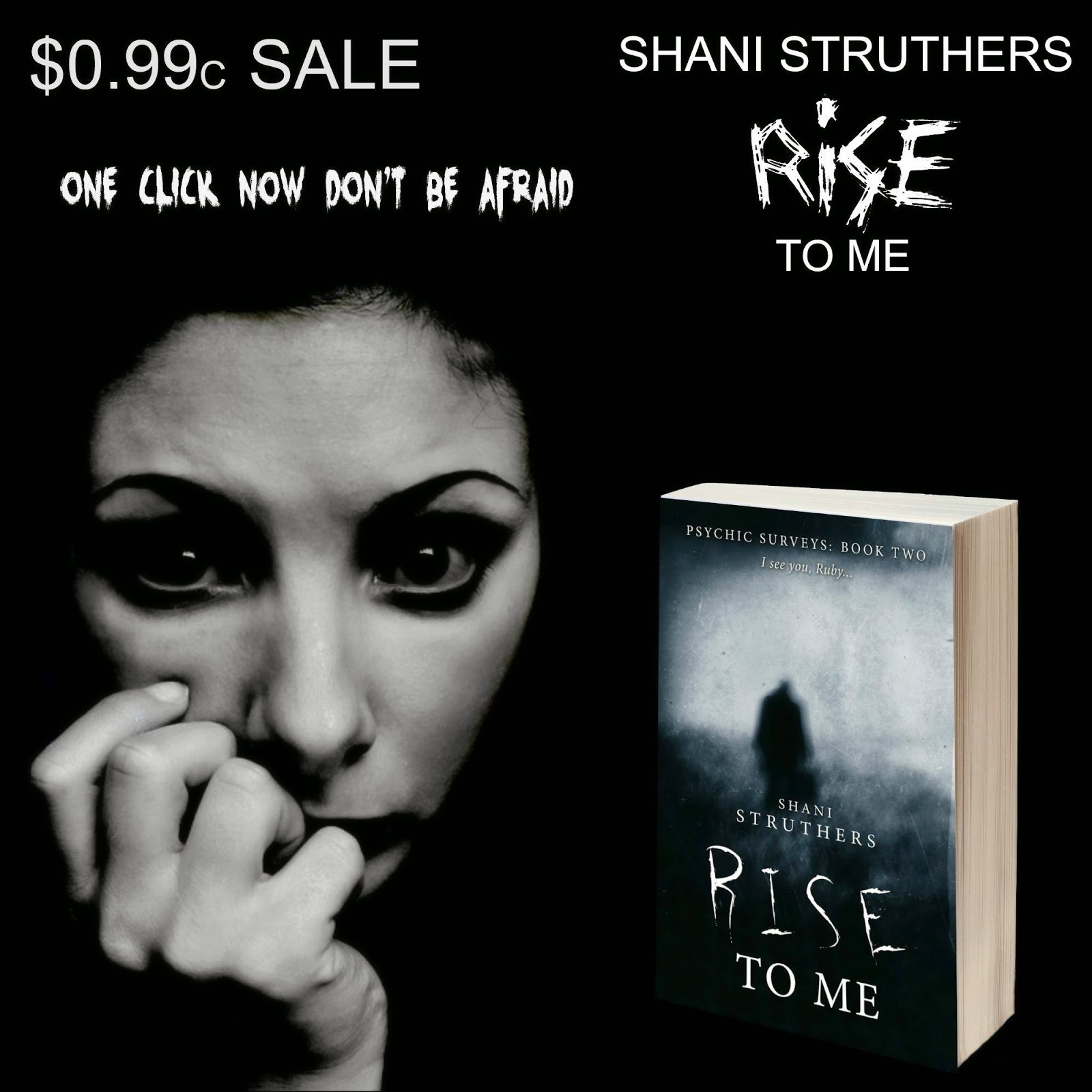 “This isn’t a ghost we’re dealing with. If only it were that simple…”

Eighteen years ago, when psychic Ruby Davis was a child, her mother – also a psychic – suffered a nervous breakdown. Ruby was never told why. “It won’t help you to know,” the only answer ever given. Fast forward to the present and Ruby is earning a living from her gift, running a high street consultancy – Psychic Surveys – in domestic spiritual clearance.

Boasting a strong track record, business is booming. Dealing with spirits has become routine, but there is more to the paranormal than even Ruby can imagine. Someone – something – stalks her, terrifying, but also strangely familiar. Hiding in the shadows, it is fast becoming bolder and the only way to fight it is the past to be revealed – no matter what the danger.