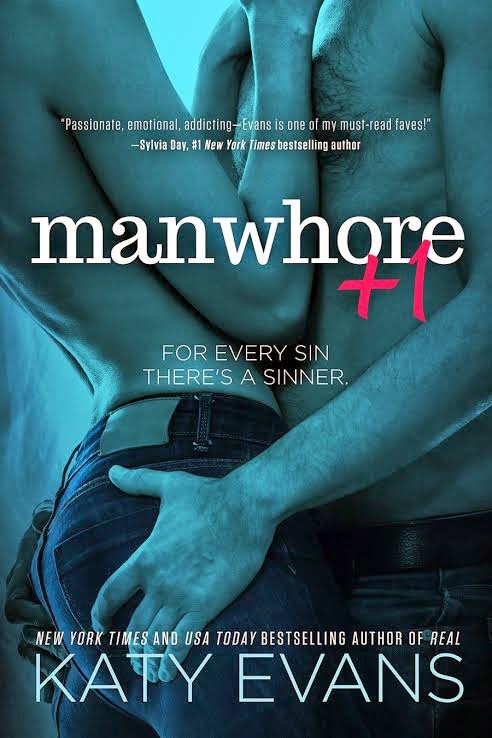 MANWHORE +1
The unexpected love story that began in MANWHORE
continues heating up the pages in MANWHORE + 1
Release date: July 7, 2015

Malcolm Saint was an assignment. A story. A beautiful, difficult man I was supposed to uncover for a racy exposé.

I intended to reveal him, his secrets, his lifestyle—not let him reveal me. But my head was overtaken by my heart and suddenly nothing could stop me from falling. I fell for him, and I fell hard.

Now that the assignment is over, Saint wants something from me--something unexpected--and I want this wicked playboy's heart. But how can I prove to the man who trusts no one that I’m worthy of becoming his plus one?


Part one in a three part series.

Alexis Romera life has been pretty normal, spending her time going to college and hanging out with her boyfriend. One night as she makes her way home, she witnesses an incident that forces her into a world she never thought she would be a part of. In a blink she is now Sophia the name on her fake ID her kidnappers assume is her name. Keeping up the charade to ensure her family's safety. In a matter of days she finds herself sold to another kidnapper. But is he her worst nightmare or is he her rescuer. He’s asking her to help him avenge his uncle's death by putting herself and her family at risk. Can she trust him to keep her and her family safe?
The man raised Rebel is murdered in cold blood by a rival motorcycle club. The only witness girl who is kidnapped by the murder. Rebel is determined to make the man who killed his uncle pay so he arranges to purchase the girl not listed as a sex slave. He figures he can convince her to testify against the club. Rebel never imagined that at first glance he would find this mystery girl to be the most beautiful girl he had ever seen. This girl can be more lethal to his life than any rival club could. As president of the Widow Makers MC he doesn’t need this new complication. But she challenges him like no other woman ever has, can he charm her into helping him and still keep his hands to himself?

This was the first book I have read written by Callie Hart. I have the Blood and Roses series in my TBR but I have not had a chance to read it. I was worried that since I didn’t read it, I would not be able to follow Rebel his character was introduced in that series. I quickly found out there was no need to be concerned. The author did a great job so that I didn’t feel lost at all. The story was very interesting to me, I like the whole concept of it. Rebel is a strong male character with the dark and brooding personality that I am drawn to in an MC book hero. Alexis/Sophia started off kind of slow for me, I didn’t really feel her pain and distress at being kidnapped, manhandled and sold into slavery. It was not until these two characters meet about 48% into the book that I started to like the female lead. The tale was told in alternate POV’s between the male and female characters. I loved Rebel’s take on things and I especially loved the comrade of the guys in the MC, Cade and Rebel in particular. I feel like Cade has his own story to tell.

The second half of the book moved along much better than the first half if not for that I had been thinking of giving the book a 3 star review. But as I read further I found that Rebel and Sophia together were explosive. Which has led me to my four star review instead I happy to say. The sexual tension was thick, the sexual innuendo ever present in every conversation these two people shared. I especially loved how Rebel opened up to Sophia about his life a little piece at a time. When they finally gave into each other’s desire it was explosive. Nearing the end of the story I knew I was going to be left with a cliffhanger and I was. My mouth hung open at the end, I despise spoilers, so I will not give anything away you will have to read for yourself. But I will say it is definitely an “Oh my god, I can’t believe that just happened” moment.

Its lines like these that made Rebel swoon worthy, and had me on the edge of my seat wondering what would happen next.

So excited to find out where the author will take Rebel and Sophia. Will she contact her family? Will she tell him her real name and let him into her heart? Can Rebel avenge the deaths of the people he cares about and still keep the woman he is falling for safe? This was a good start to a very promising series. I anxiously await the next installment.


View all my reviews
Posted by JBs Book Obsession at 4:09 PM No comments: