I love this cover, anxiously anticipating this release. 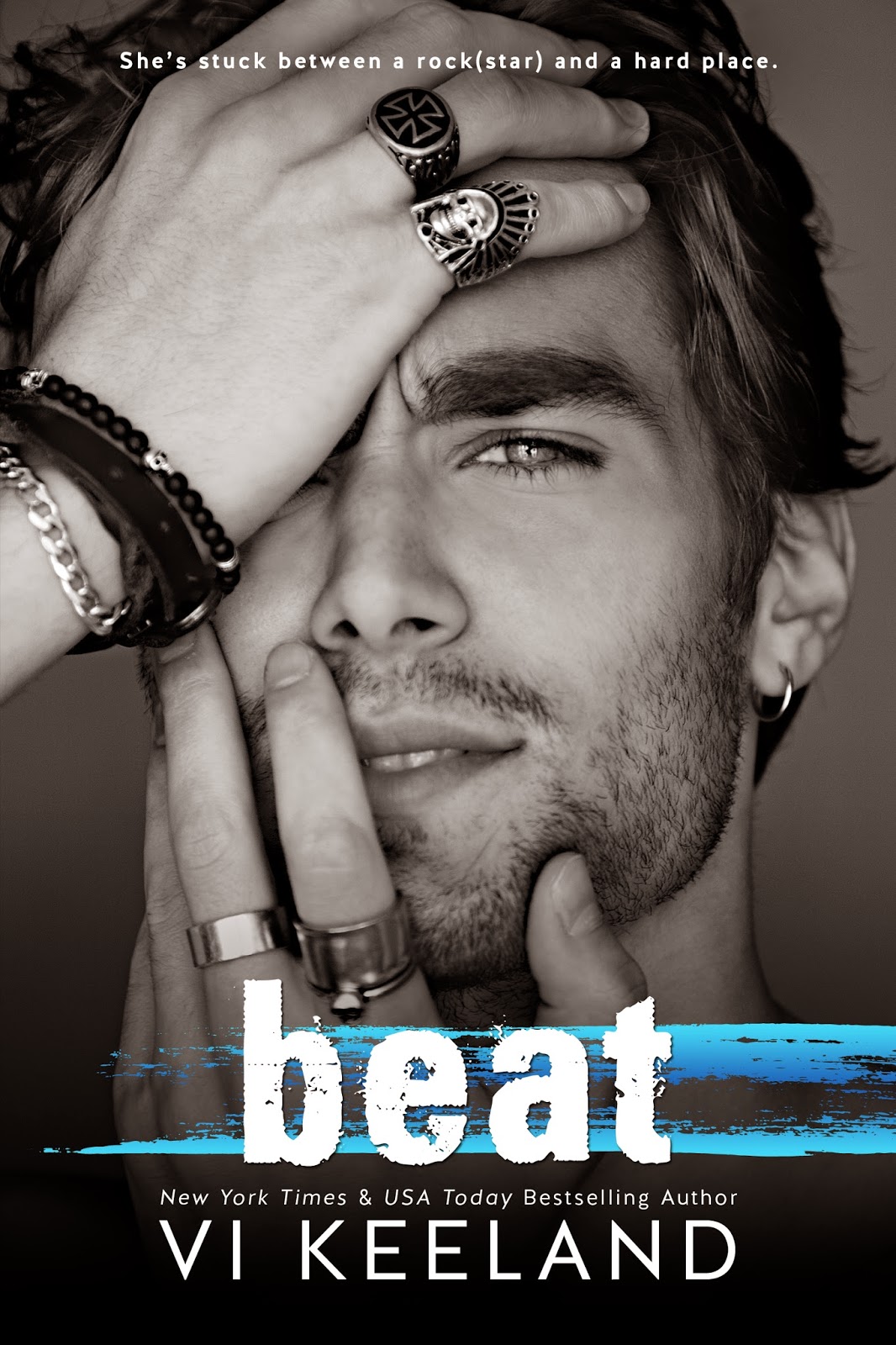 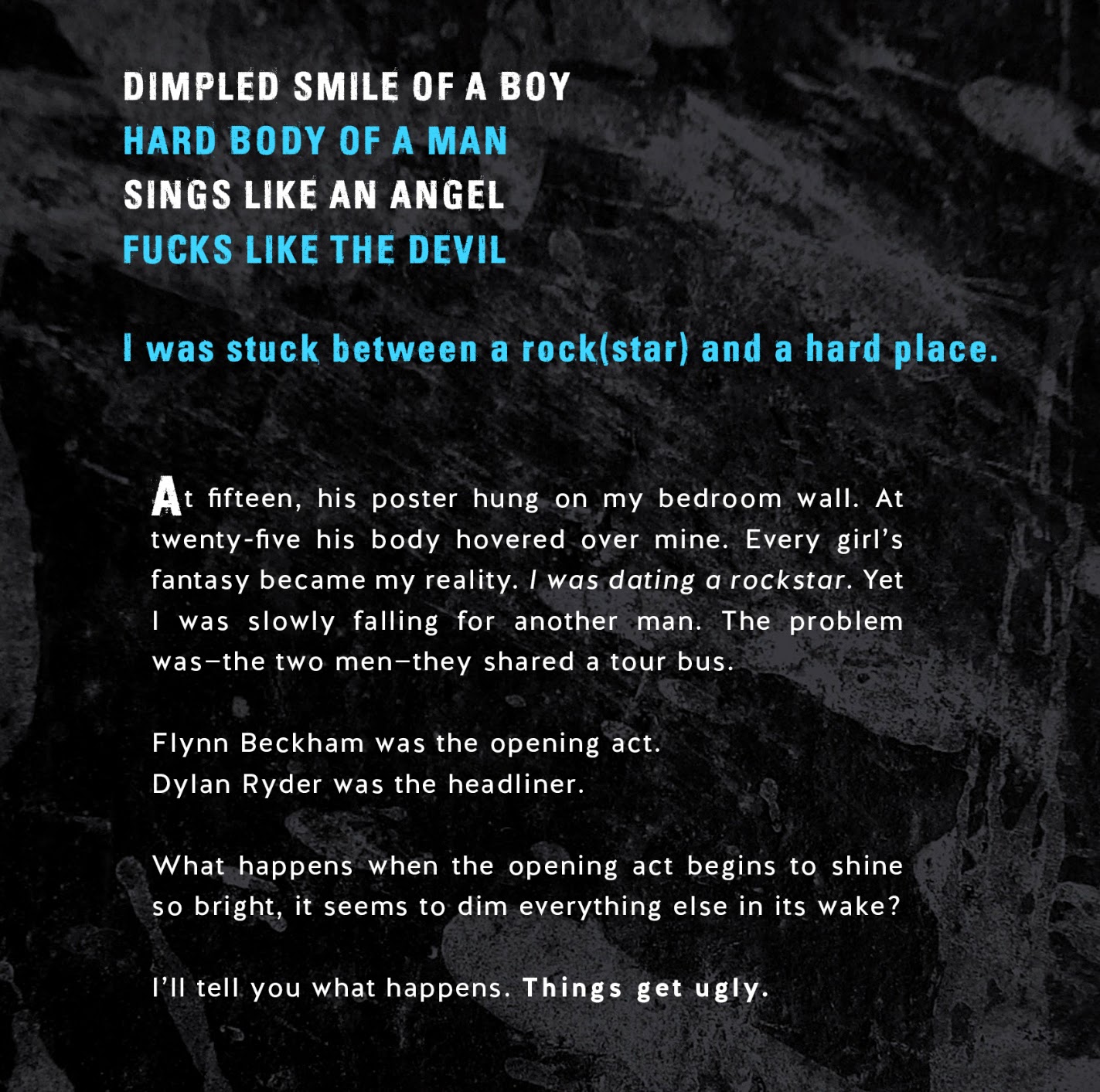 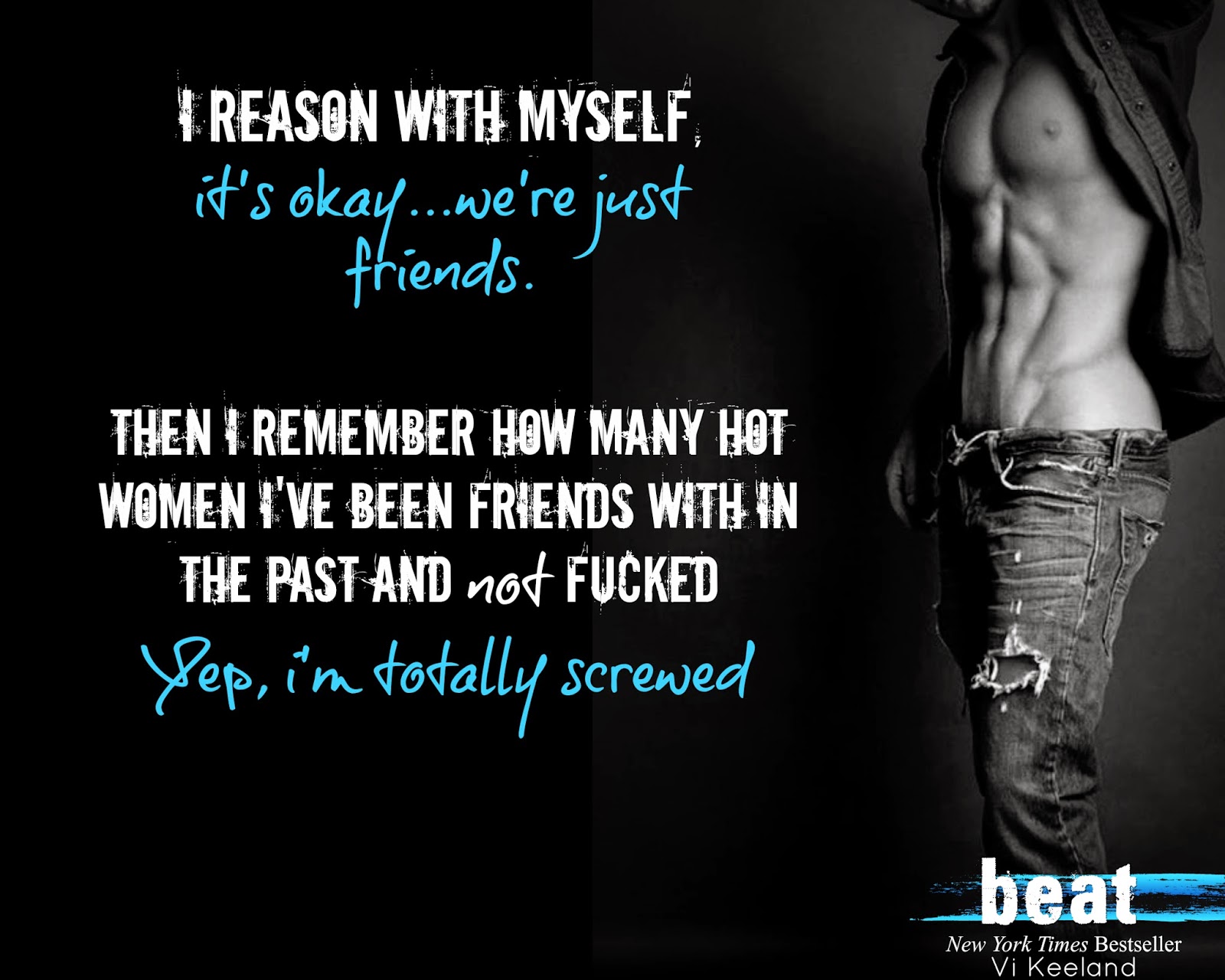 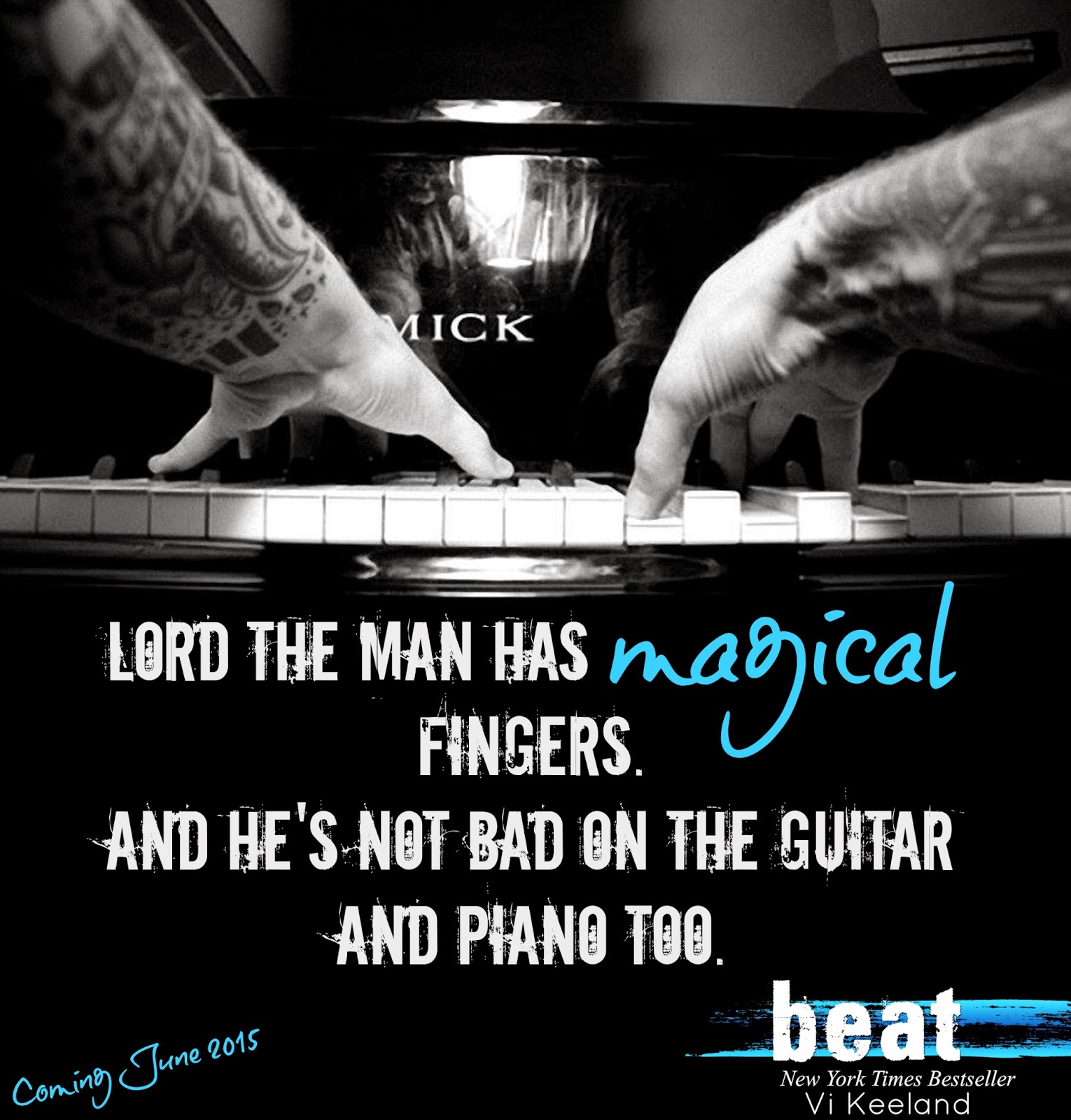 Posted by JBs Book Obsession at 9:34 PM No comments:

Anna has escaped from Devin. Now she must learn what it is to live without a master. Yet Devin will not let her go so easily, his power depends on what he takes from her.
Will Anna's freedom last? Can she even learn to live as a free woman? Is Devin’s power too great for her to escape?
There is a subculture within our own world that you’ve only heard whispers of. The conspiracy theorists wish they knew Anna’s story. What the conspiracy theorists think they know is only disinformation, put out there to keep them from the real story.
***NOTE***
This is not a stand-alone novel. This is the final of five novels that tell Anna’s story.
***WARNING***
This book is for grownups. This book is not for people who are easily offended, get nightmares easily, or have difficulty reading books about tough subjects. I do not glorify bad things, but bad things do happen to my poor characters. This is not your typical love story. My heroine does not fall in love and live happily ever after... least not like the typical heroine. There is a happily ever after, but it is a long, painful journey to that end.
This book will likely offend you. This book might make you cry; it might make you throw up. It is a dark book. As my friend, Heidi, said, “It’s dark. It gets darker. It gets even darker, and then it gets even . And then, just when you think it can’t get any darker, it does.”
But, don’t worry. I take you to the deep end gradually. ;)
There are many sexual situations in this series of books. People die. People get hurt. Things aren’t always truly the way they appear. The antagonist isn’t just a bad guy; he’s EVIL. My heroine’s is skewed; things that may appall you are perfectly normal to her.
Any violence in this book is non-gratuitous and crucial to the plot and character development.
Do not read this if you are under the age of consent in your country. Do not get angry if the subject or actual book upsets you. If you're reading this, you've been warned. 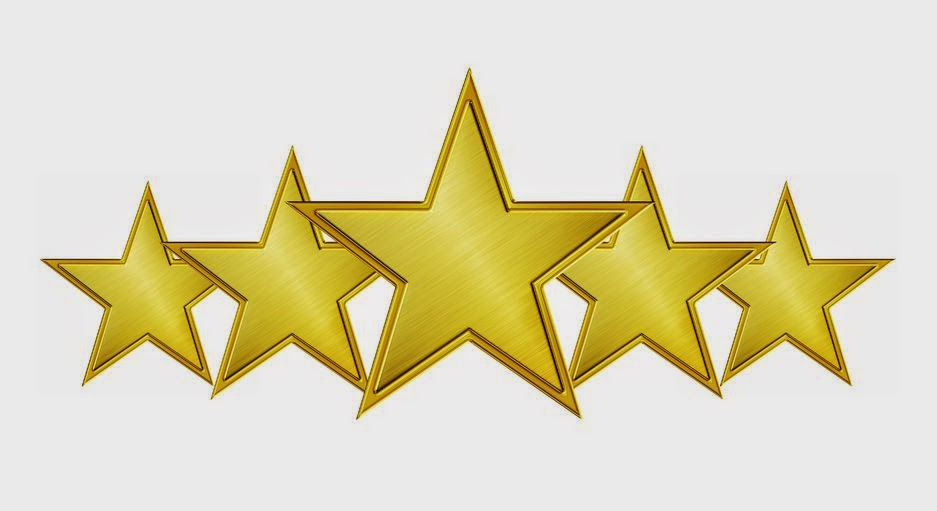 Anna is free, finally free from the evil clutches of Devin Andersen. Thanks to her friends and Willem she is able to begin life anew in New York City. She is dancing and dating, just living. However, dreams of her beloved husband Alex still haunt her. Can Anna move on with her life and let Alex go? Or is there bond too strong to deny? Will she be able to hide from Devin forever, or will he find her and surely make her suffer for her disobedience? 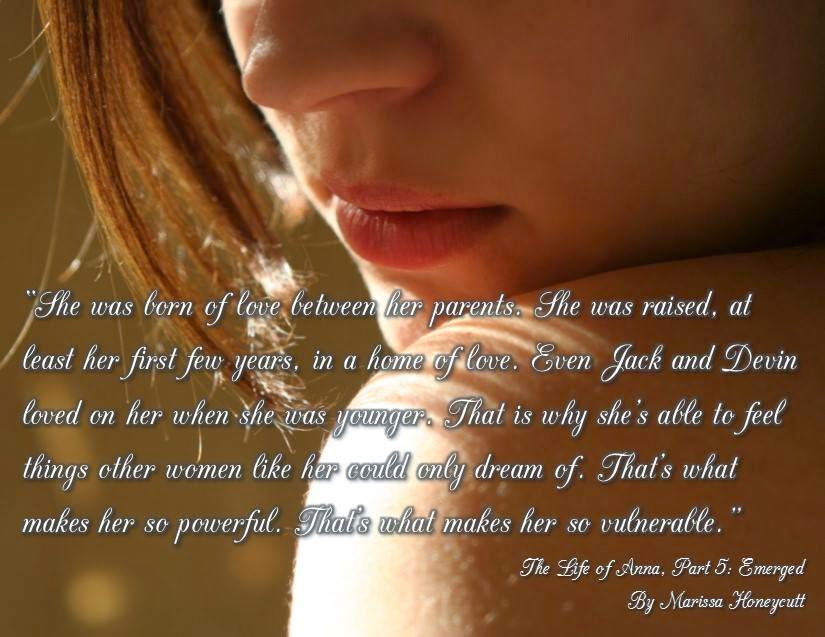 It is with a heavy heart that I review this last installment of The Life of Anna. I finished it a bit ago, but have sort of  doing my review because it saddens me to say goodbye to this amazing series.

In this final book, Anna has escaped Devin and is living a new life in New York City. Confusion still plagues Anna; she does not know how to live a normal life. Is she a slave? Is she an Elder Mistress? Or is she just a woman? As Anna struggles to acclimate herself to life without Devin’s control, we learn so many new things about her. Anna turns out to be much stronger than we could ever have thought possible. I love when she shows her angry side and we see it quite a few times, god help the person who gets in her way when she’s angry.

Marissa still gives us a dark tale at times, but this last book also ties up Anna’s relationships with the other characters. Like Willem and Kurt, Kurt acts like a jerk to Anna for most of the book and it pained me as much as her when he did. He is not acting like the Kurt we have grown to love, it turned out in the end there was a reason for it all. In the epilogue, Kurt gets his own happy ending, which was nice. Anna and Aaron come to an understanding about their friendship that was heartwarming. Anna makes new friends like Hugo, whom she has a relationship with but he is not her . I loved Stefanie, she starts not liking Anna but in the end, she becomes one of Anna’s fierce protectors.

Throughout the series, there were very difficult times for Anna but she persevered and managed to find her way in a messed up world. I was ecstatic when my beloved Alex came back; I thought the way Marissa brought him back was perfect. He later explained why he was gone of course; we all knew Devin was behind it. Once Alex returns Anna, has so many mixed emotions and who could blame her she thought he was dead. The fact that this man once so confident in himself and his abilities is reduced to an insecure mess was so sad to read yet necessary. He needed Anna to choose him because she wanted him not because he forced her to as her master. He loved her too much. To me that was the beauty of this love story. He was willing to let her go as much as he loved her if it meant she would be happy. That is love! No matter how much darkness, violence and gruesome moments were in this series for me in the end it was a love story between Anna and Alex. Soulmates who could not be kept apart through all the separations and bad circumstances that happened to them in the end it was their love that prevailed.

Though this installment was not as dark as the other’s it still had its moments. Alex gets his revenge on Devin in a big way, that scene you just have to read to believe. So good.
This series is not for everyone, some of it is very graphic as stated in the warning that comes with each book. For me none of the violence was gratuitous all of it was storyline driven leading up to a great happily ever after though a difficult one to get to. But as promised we got it, great job Marissa. 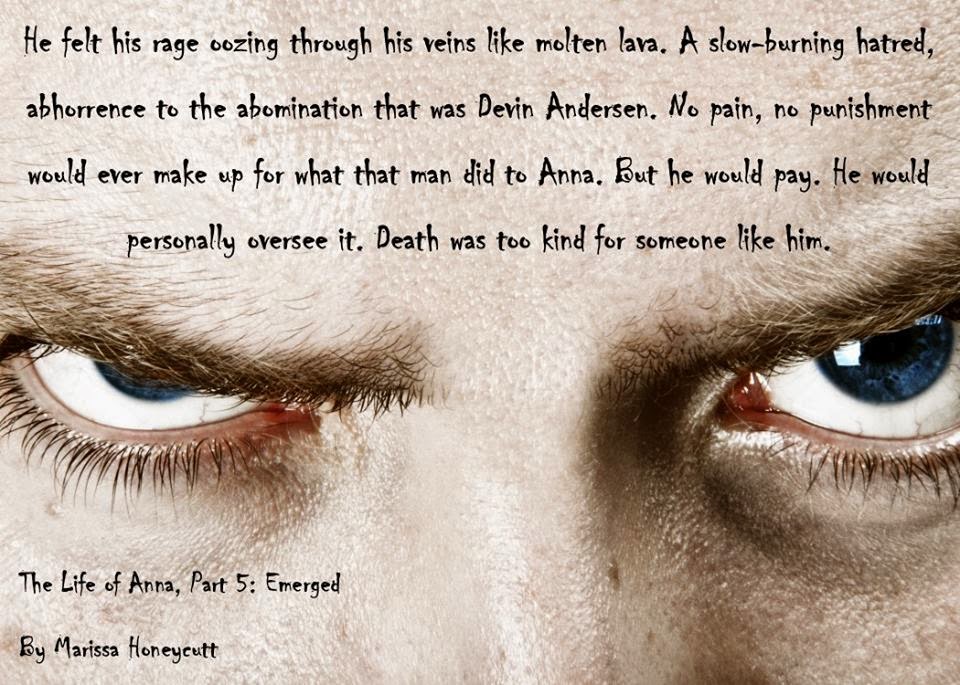 Other books in the series:

The Life of Anna, Part 1: Enslaved
Anna's entire life was scripted out before she was born by Devin Andersen, a man who doesn't have her best interests in mind. She is to be a tool in his hands to gain ultimate power in the USA. No, not as the President, but as the man who controls the President.
Raised by an extremely abusive guardian, Anna was molded into the perfect sex slave for Devin's use. Devin will use Anna's unique gifts to control everyone around him and eventually take her gifts for himself.
When Devin took her for himself at the age of twelve, she had a vision of a man. A man who Devin was very interested in. But why? Why would Devin care about a little girl's ?

The Life of Anna, Part 2: Entwined
Anna has two masters, one she hardly knows, but who makes her feel safe, the other she's known all her life and says he needs her.
Alex wants her to be free.
Devin demands her obedience.
As Anna takes her first steps into the world, into love, into friendship, she wonders if she will ever understand either of them.

The Life of Anna, Part 3: Embraced
Devin has achieved his goal of becoming Chairman and all seems peacefuluntil Devin performs an act of cruelty that pushes Anna to fight back for the first time in her life. Meanwhile, Alex is working hard to give her something that Devin can never take away.
As her Masters work around her, Anna must navigate a life she never wanted.

The Life of Anna, Part 4: Ensnared
Everything Anna cared about is lost; the only thing left is Devin. She gives him all of herself, but even that seems too little.
As Anna realizes the truth of her Master's desire, she must decide what it is that she truly wants.
There is a subculture within our own world that you’ve only heard whispers of. The conspiracy theorists wish they knew Anna’s story. What the conspiracy theorists think they know is only disinformation, put out there to keep them from the real story.


The Life of Anna: all five books in one ebook

Marissa's story of Anna began with a dream about being kidnapped with Adam Savage from Mythbusters (Yes, really). Over the next year and a half, it morphed into the story that is now known as "The Life of Anna." She has several other stories in progress, one of which is based on her kidnapped dream.
When she's not writing or editing, Marissa is taking care of two young boys, training to be an astronaut, running her household, wrestling with gorillas, playing around on Facebook, promoting whirled peas, and busting her tush for her accounting degree. She enjoys chocolate, air conditioning in the desert's summer heat, really good strawberry margaritas, sleeping, and shopping.
Author Goodreads Page   ~ Twitter: @marihoneycutt ~  Facebook Author Page
Giveaway
Rafflecopter giveaway

Hosted by This girl loves books

Posted by JBs Book Obsession at 10:03 AM No comments: