Luke's Absolution by K.L. Kreig will be here on March 28, 2016! Check out this hot and sexy audio excerpt! Sinners Welcomed.

Excerpt:
“Addy,” he breathes. My slowly drawn out, softly spoken name is full of adoration that destroys me. “I have never met anyone like you. I want you. More than I’ve ever wanted another woman.”

“Then take me. Please.” Take me now so I can escape back to my room before I fall completely in love with this romantic, attentive Luke. It’s too late, my inner self whispers. It’s too fucking late.

As if cattle-prodded, Luke moves into action. Retrieving a strip of condoms from his nightstand, he tears one off, rips it open, and sheathes himself in record time. I try not to think about how much experience he has doing that.

Leaning his back against the headboard, he pulls me astride him, lining up his thick cock with my weeping opening. “This okay?” he asks. I swallow hard, nodding my head.

Stop it! I want to scream. Stop acting as if this means something more to you than conquering that girl who refused you months ago. I probably tarnished his perfect record and it’s been a mocking blow to his ego ever since.

“I want to watch your pussy swallow my cock,” he rasps thickly. He grasps my hips and lowers his eyes to where I hover. For the sake of my own sanity and keeping my heart in one piece, I push everything but the pleasure he’s about to give my body to the back of my mind.

“Hands on my thighs,” he commands.

I quickly move them back and balance myself, which opens my hips further, exposing me even more. I start to sink, when his grasp tightens, halting my movements.

My eyes flick to his, which are still fastened intently on our groins. I watch his face as I lower myself inch by inch, ignoring the fire now burning my thighs in favor of the one now scorching my core and the one I see tightening his features in excruciating pleasure. Each low, agonizing curse that falls from his perfect mouth sets the blaze higher and hotter.

When he’s fully seated, I hear him curse as my head falls back at the pure ecstasy I feel in the very center of my being.

So damn perfect. Too perfect.

“Luke…” I gasp as I start rolling my hips slowly. My hands are behind me on his muscular legs for leverage. I can just imagine what I must look like with my breasts jutted out, my head thrown back, and my hips undulating in a slow cadence.

His fingers dig into my hips, controlling my pace, controlling his depth. Controlling, period. In this position, I should be in control, but I’m not. Luke gave me that illusion, easily winning the reins back from me. Or I simply succumbed; I’m not sure which or that it even matters.

“You’re a goddess. So fucking beautiful,” he mumbles right before pulling me to his mouth, thrusting his tongue between my lips. His kiss is slow; it’s deep and drugging. Dreamlike.

My world reduces to only the feel of his massive manhood sliding repeatedly over thousands of sensitive nerve endings. His pubic bone hits my clit in just the right spot with each unhurried thrust.

I’m lost in the clouds of euphoria as he slowly, skillfully brings our bodies to a fever pitch. It’s painfully apparent he’s wholly focused on me, my pleasure, my needs, wringing another climax from me before finally bringing us over the goal line together. We cry out in unison as we shatter, riding the waves and waves of pure bliss he’s brilliantly crafted. For long seconds, our bodies quiver in tiny aftershocks.

Luke has lived on the wrong side of the law since he was seventeen. His hands are stained and his soul is black, but the worst sin he's committed is falling in love with his brother’s girl. Then he met her. Addy Monroe is pure, innocent and stubborn as an ox. Even though he doesn’t deserve her, Luke will stop at nothing to have her. But just when happiness is within his grasp fate rips her away, reminding him once again that there is no absolution for sinners. Will Luke be able to let color fill his blackened soul?

Book 3 in a 4 book series. Each book features a different brother and each can be read as a STANDALONE. To get the full Colloway Brother experience, however, it's most enjoyable to read in order.

FORSAKING GRAY IS ON SALE NOW FOR ONLY 99 CENTS!

About the Author:
I’m just a regular ol’ Midwest girl who likes Game of Thrones and am obsessed with Modern Family and The Goldbergs. I run, I eat, I run, I eat. It’s a vicous cycle. I love carbs, but there’s love-hate relationship with my ass and thighs. Mostly hate. I like a good cocktail (oh hell…who am I kidding? I love any cocktail). I’m a huge creature of habit, but I’ll tell you I’m flexible. I read every single day and if I don’t get a chance…watch the hell out, I’m a raving bitch. My iPad and me: BFFs. I’m direct and I make no apologies for it. I swear too much. I love alternative music and in my next life I want to be a bad-ass female rocker. I hate, hate, hate spiders, telemarketers, liver, acne, winter and loose hairs that fall down my shirt (don’t ask, it’s a thing).

We are so excited to share the cover for RIGHT, the highly anticipated 2nd book by Jana Aston releasing on April 6th! 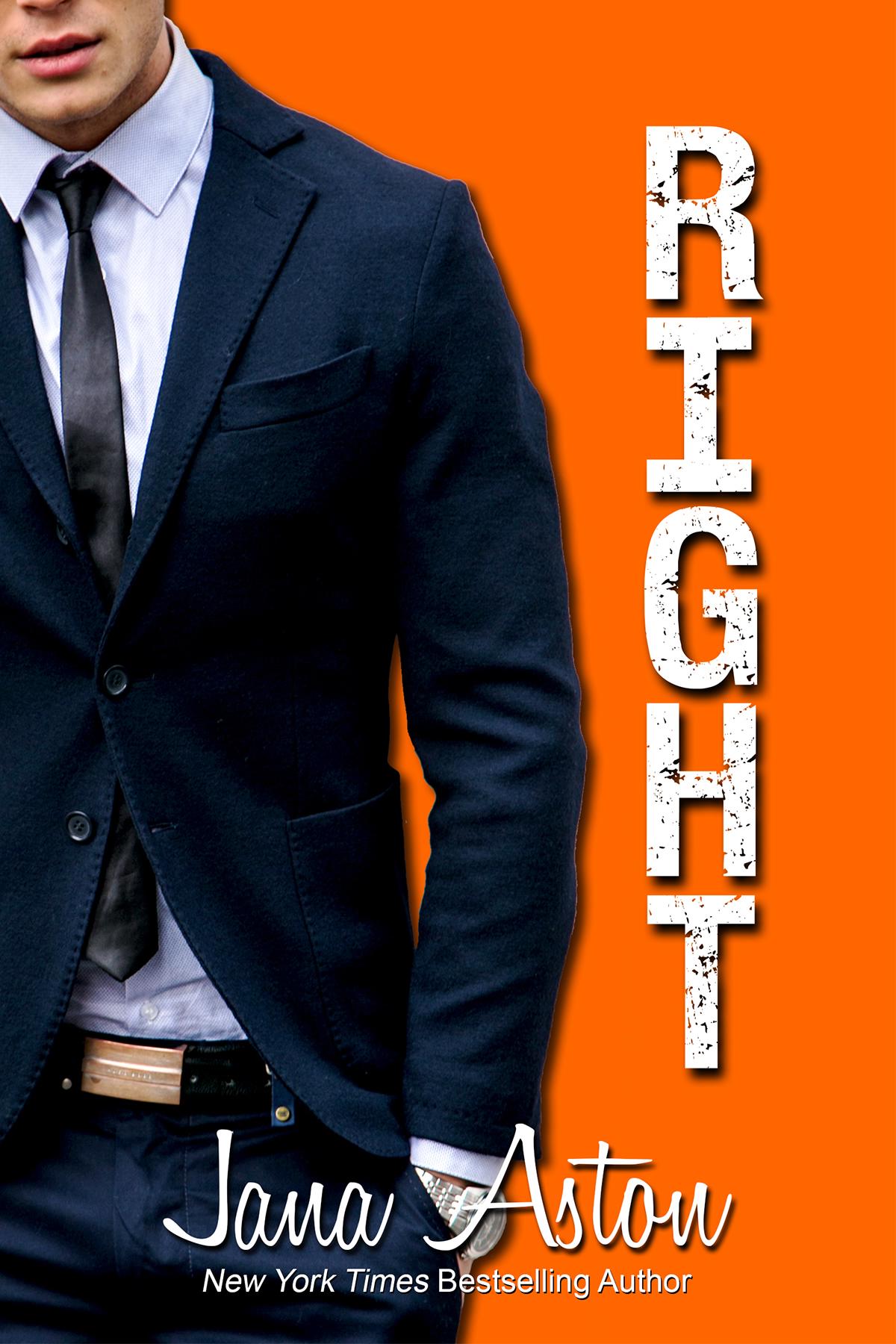 My childhood was perfect.

I’ve led a charmed life, and I’m not going to blow it now
by picking the wrong guy.
I’ve got my sights set on my brother’s best friend.
He’s known my family for years. He’s reliable and kind and handsome.

Sure, he’s been avoiding me since I was six.
I’m a bit aggressive for him, maybe.


RIGHT is a standalone novel by Jana Aston 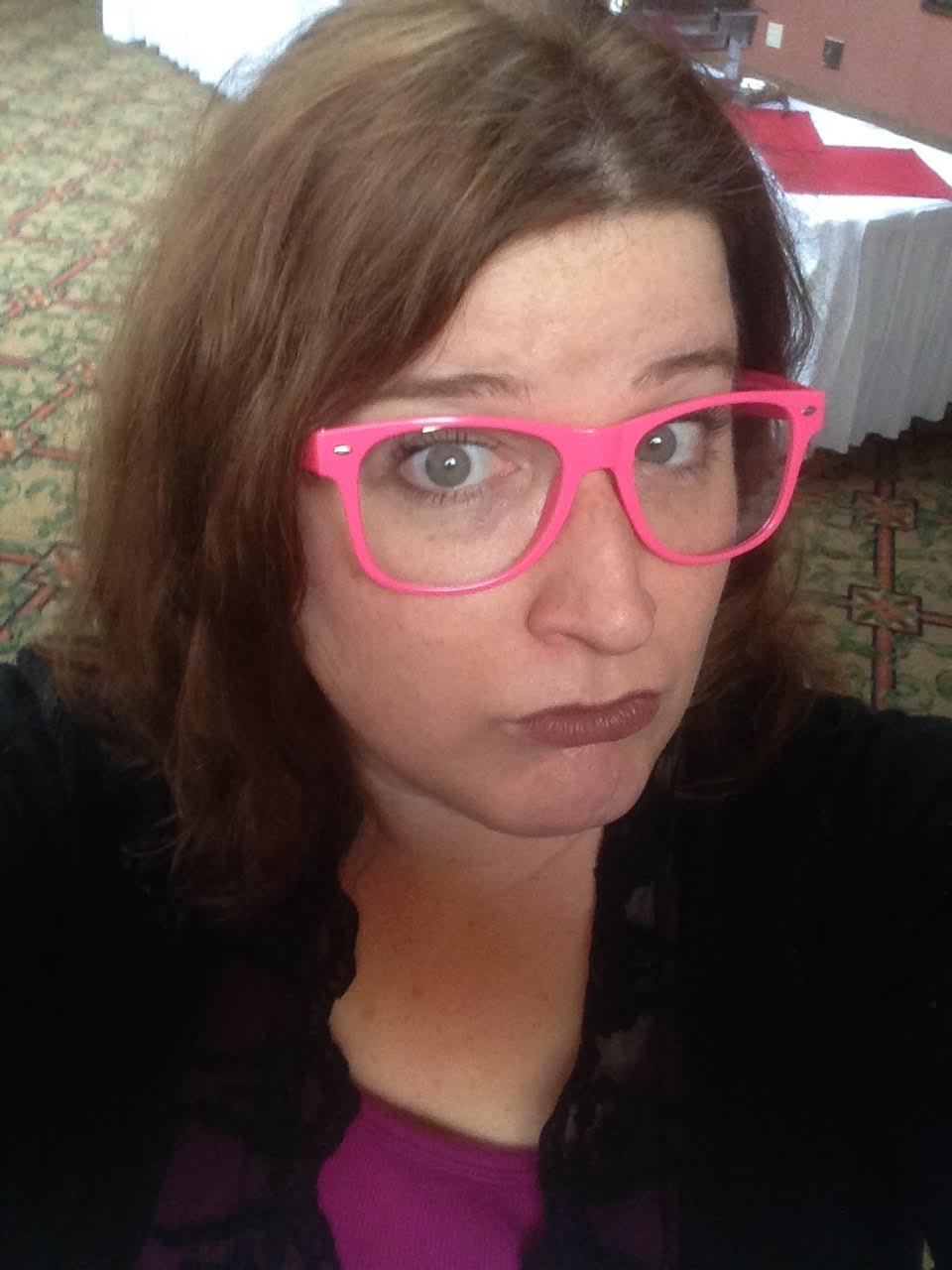 Jana Aston is the New York Times bestselling author of WRONG.
She quit her super boring day job to whip up another book & is
hoping that was not a stupid idea.
In her defense, it was really boring.
Facebook | Twitter | Website | Goodreads | Amazon | Newsletter 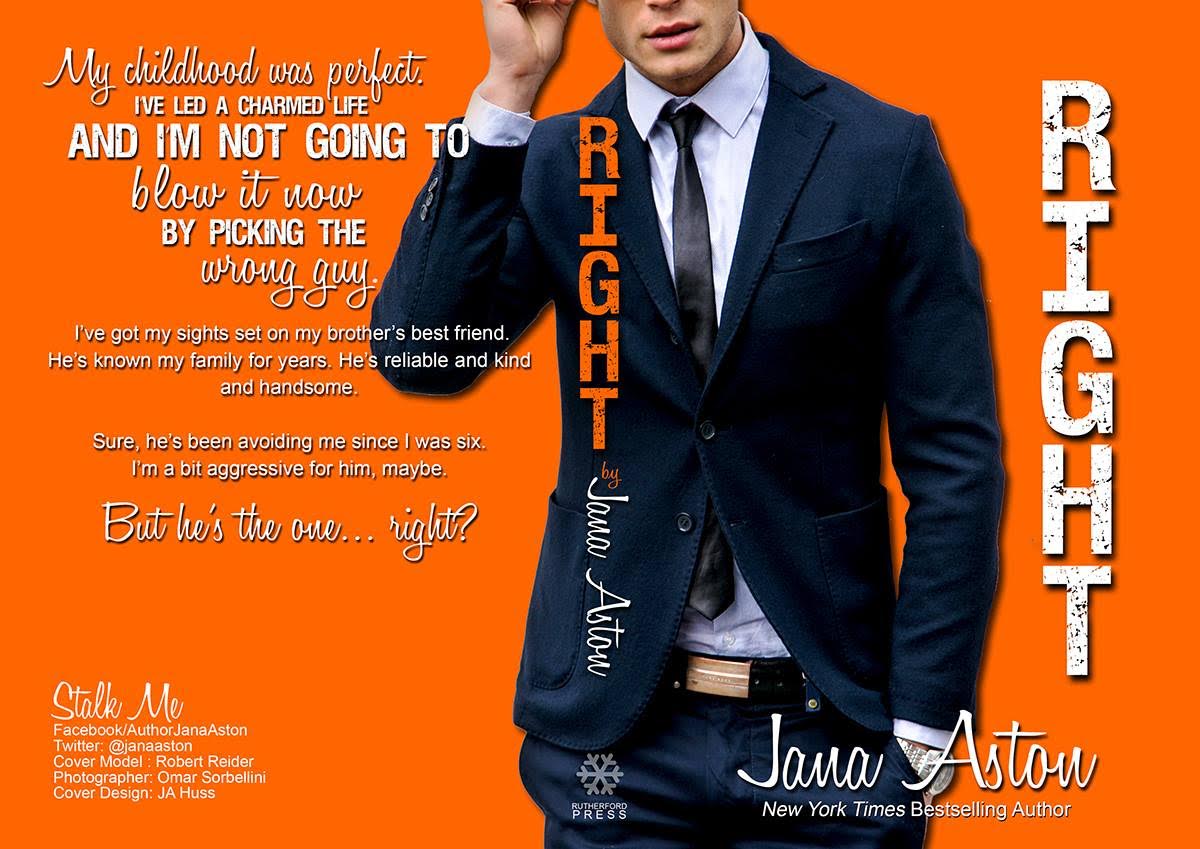