Blurb
“We’d won. We’d cut through the lies and treachery and promised an alliance that would free us both. But even as we won, we lost. We didn’t see what was coming. We didn’t know we had to plan a resurrection.”

Nila Weaver fell in love. She gifted her entire soul to a man she believed was worthy. And in the process, she destroyed herself. Three debts paid, the fourth only days away. The Debt Inheritance has almost claimed another victim.

Jethro Hawk fell in love. He let down his walls to a woman he believed was his cure. For a moment, he was free. But then he paid the ultimate price.

There is no more love. Only war. Hope is dead. Now, there is only death all around them.

The past few days—that had to be a fucking joke, right?

There was no logical answer that would make sense what I’d seen, heard, and lived the past seventy-two hours.

My best-friend and twin.

This was what she’d been living with? This was how she’d been treated?

This was what she wanted to return to?

Motherfucking why? Why would she ever want to return to this insanity?

We’d been raised in a broken home, chained to an empire that absorbed us right from birth. But we were kept safe, warm, and loved. We grew up together. We shared everything.

But nowI had no fucking clue who my sister was.

But then she came to me.

A woman I never knew existed.

The most stunning creature I’d ever seen.

Only she didn’t come to me on feet or wings of an angel. She rolled into my life and demanded my help.

And for better or for worse.

CHAPTER ONE
Nila
“LET ME GO!”

Daniel cackled like a mad hyena, his fingers stabbing into my bicep. Without breaking his stride, he stole me further away from the and into the bowels of the house.

“Take me back!” I squirmed, doing my best to return to Jethro.

He can’t be dead!

Just because he lay unmoving and bloody didn’t mean he’d left me behind.

That’s exactly what it means.

I shook my head, dislodging those awful thoughts. He’s alive. He had to be.

I couldn’t tolerate any other answer. I refused to live in a world where evil triumphed over good. That wasn’t right—life couldn’t be that cruel.

It’s always been that way.

My mind filled with images of my mother. My father’s desolation. My broken childhood. Evil had us from day one. Why should now be any different?

I swallowed a sob.

Pepper Winters many roles. Some of them include writer, reader, sometimes wife. She loves dark, taboo stories that twist with your head. The more tortured the hero, the better, and she constantly thinks up ways to break and fix her characters. Oh, and sex... books have sex.

She loves to travel and has an amazing, fabulous hubby who puts up with her love affair with her book boyfriends.

Her Dark Erotica books include:

Twisted Together (Monsters in the Dark #3) - http://amzn.to/1olkxsD

Her Romance books include:

Posted by JBs Book Obsession at 9:00 PM No comments: 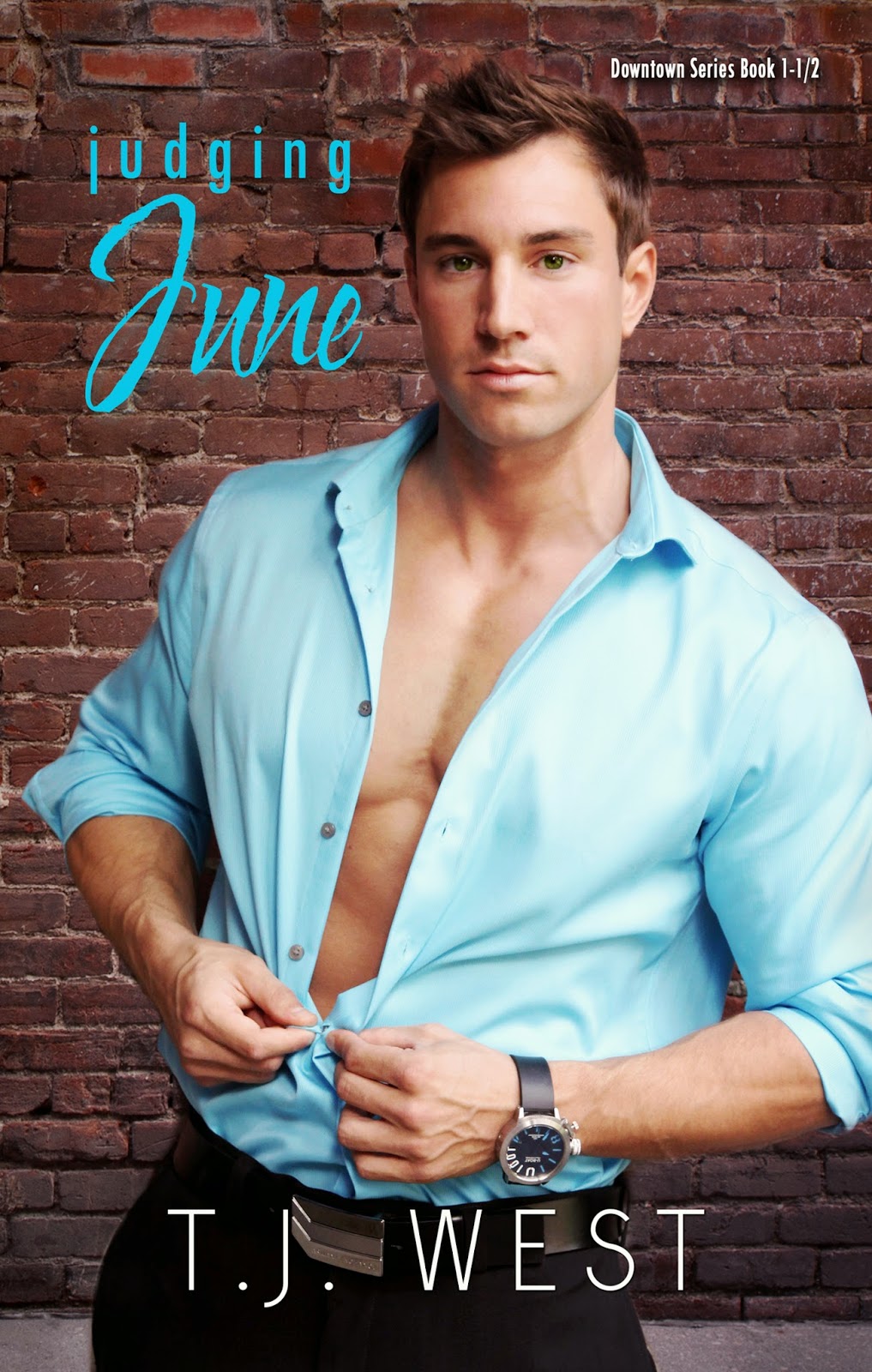 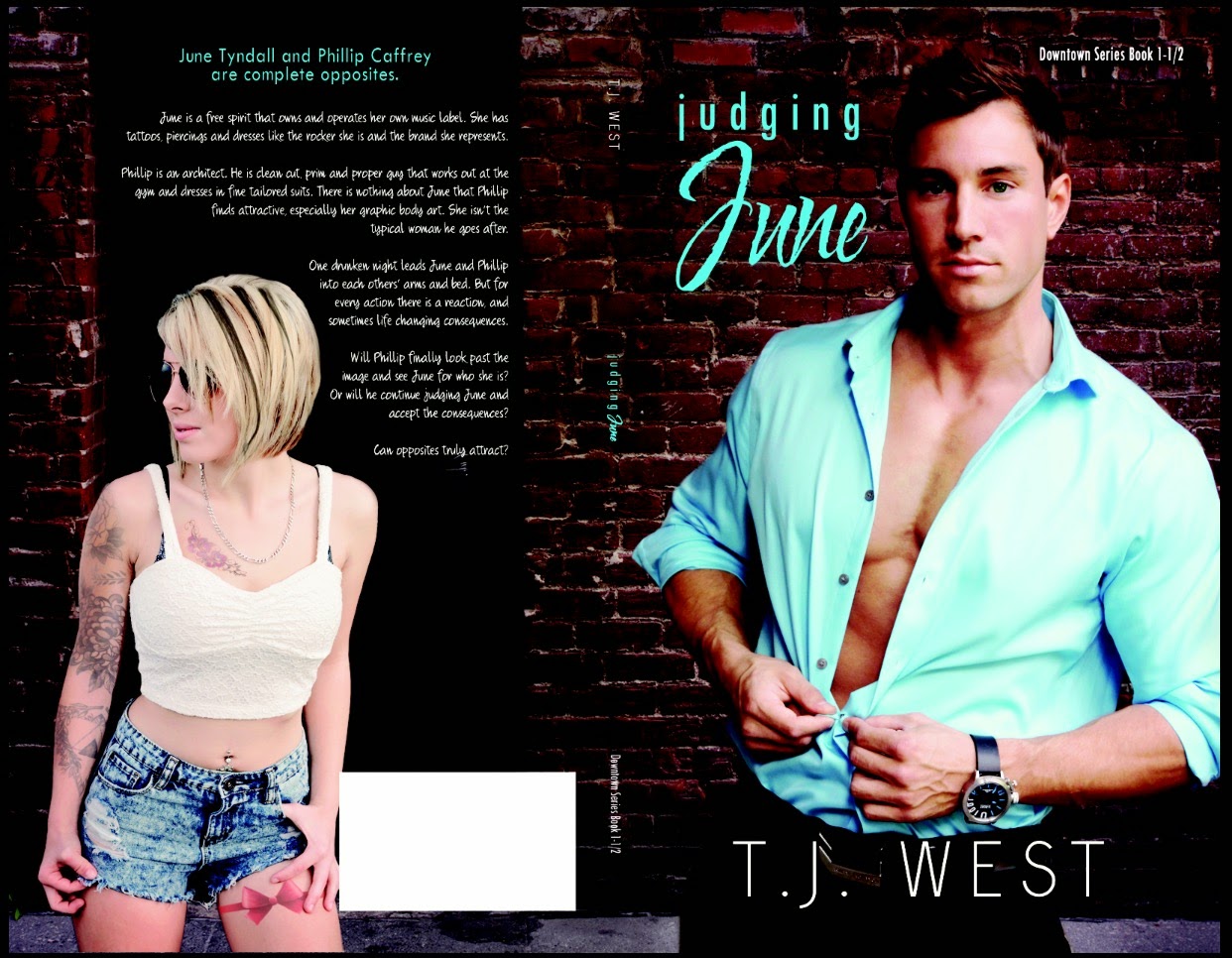 Get your copy today on AMAZON 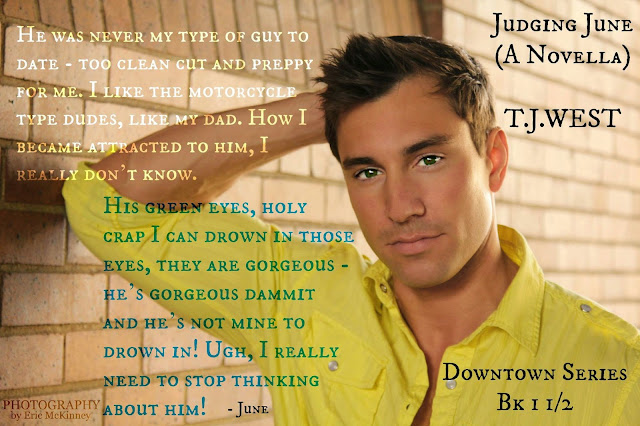 June is a free spirit that owns and operates her own music label. She has tattoos, piercings and dresses like the rocker she is and the brand she represents.

Phillip is an architect. He is clean cut, prim and proper guy that works out at the gym and dresses in fine tailored suits.

There is nothing about June that Phillip finds attractive, especially her graphic body art. She isn’t the typical woman he goes after.

One drunken night leads June and Phillip into each others’ arms and bed. But for every action there is a reaction, and sometimes life changing consequences.

Will Phillip finally look past the image and see for who she is? Or will he continue judging June and accept the consequences? 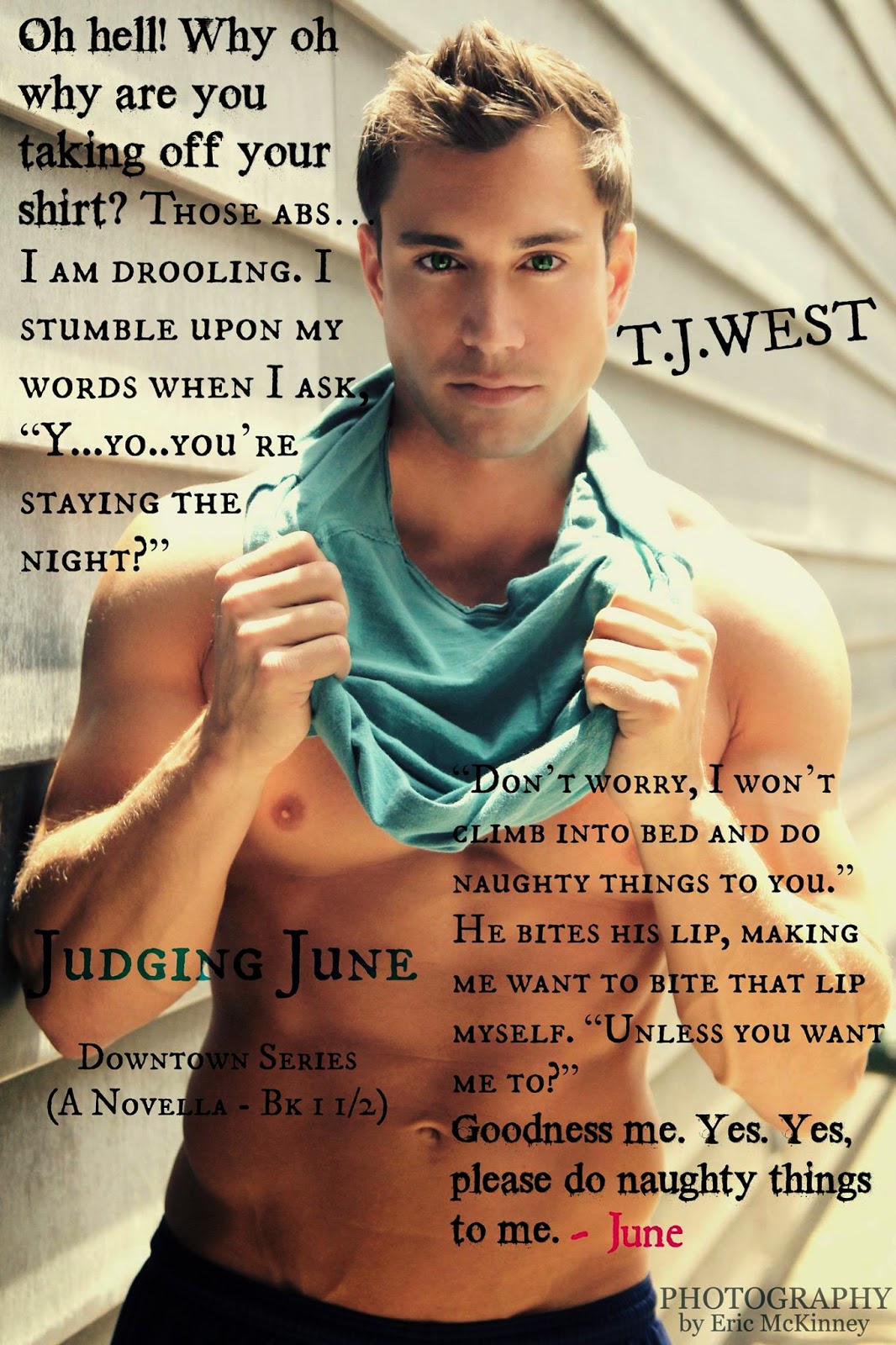 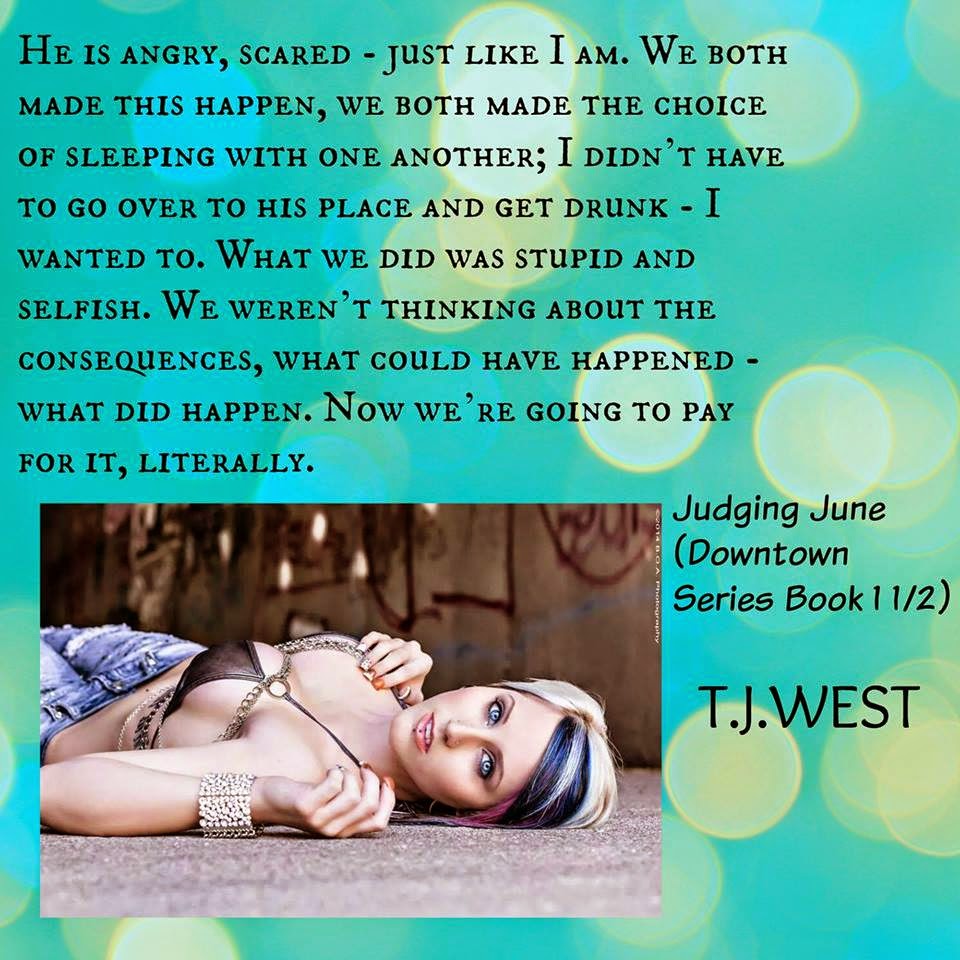 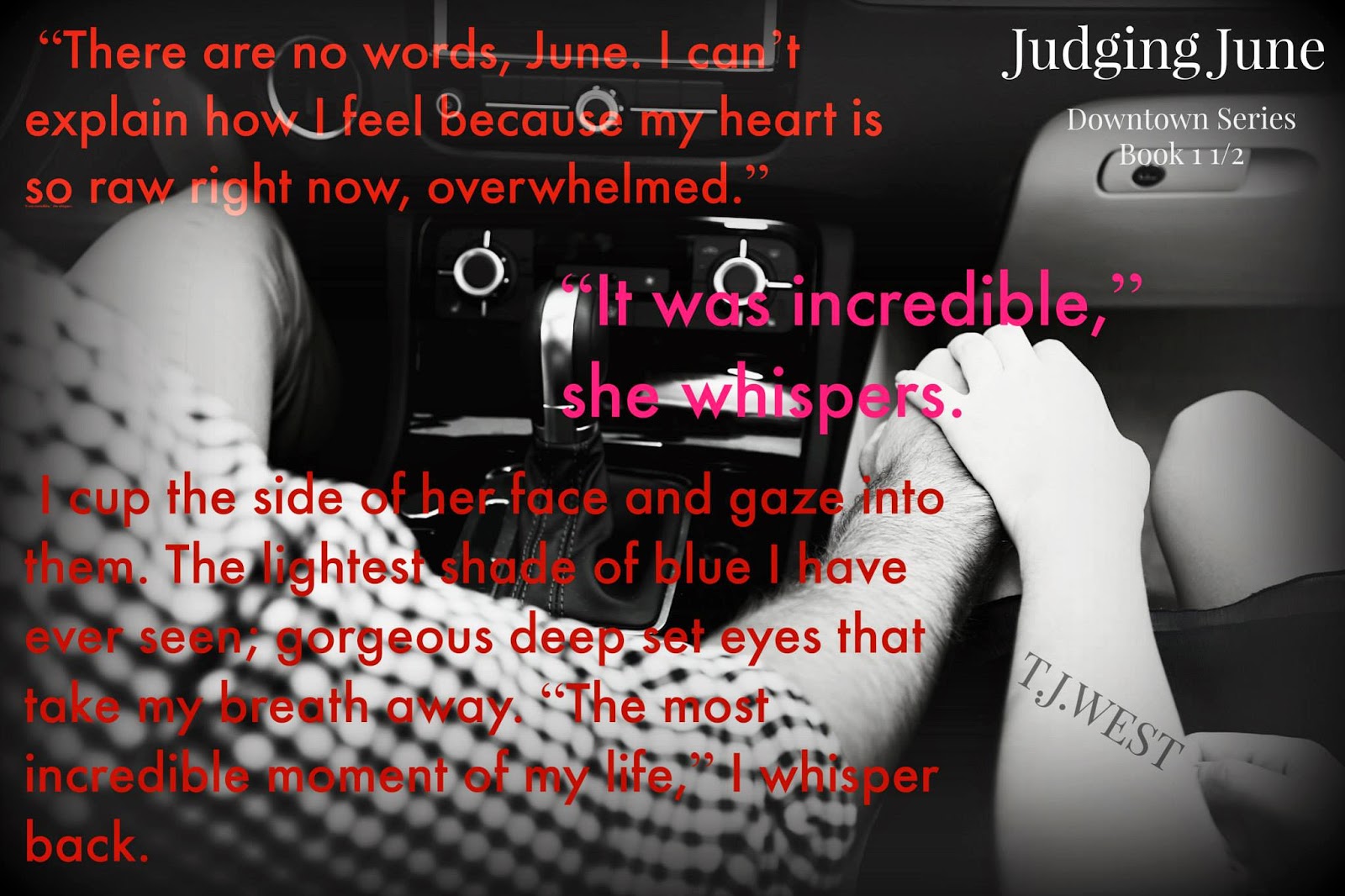 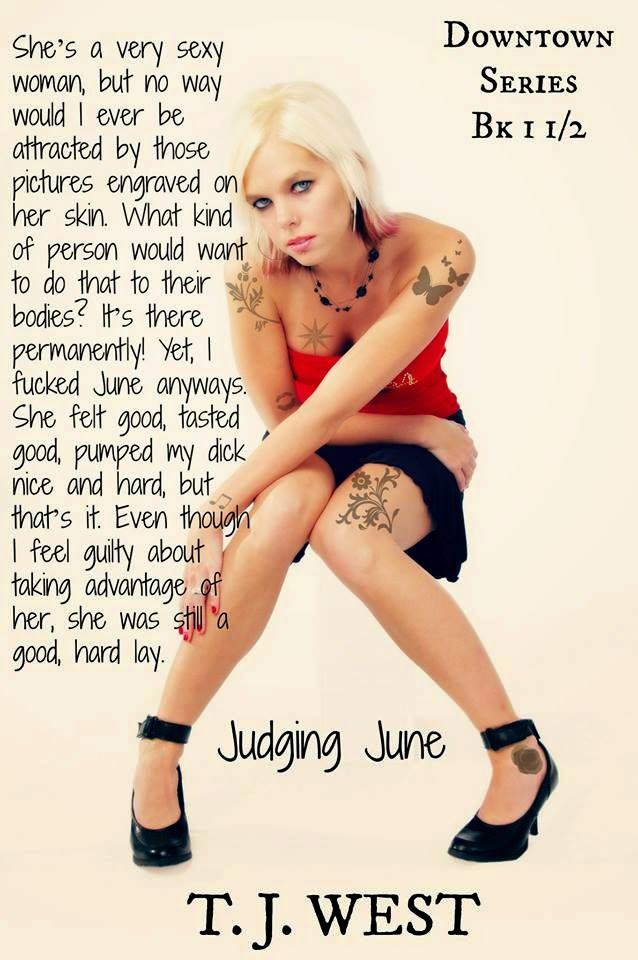 
Posted by JBs Book Obsession at 5:49 PM No comments: 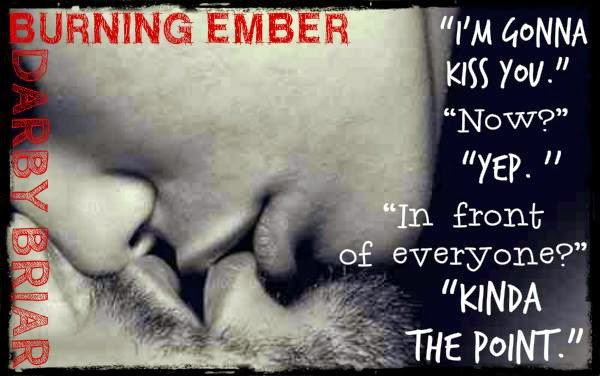 
The last thing she needs after running from one monster is to land in the lair of the Devil.
Twenty-one year old Ember flees her past with soot on her face, ash in her hair, and a promise. She’ll never let another man take away her freedom and treat her like she means nothing.

But that is exactly what Maverick Gunn, leader of the notorious Harbinger’s of Chaos Motorcycle Club seeks to do from the moment his lethal gaze on her. He burns her with every look. Every touch. Every word.

Ember’s only hope is to convince him she’s nothing like the woman who blackened his soul before he drags her down into the darkness with him. 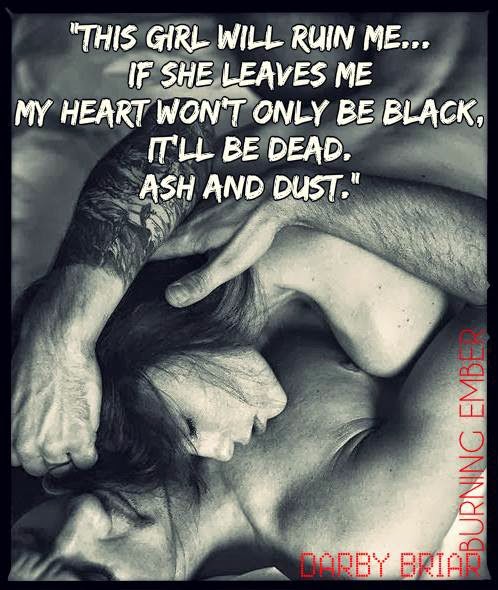 From an early age I was obsessed with fiction, bad boys, and love stories. Over the years, my passion for those three things has never died. I can't pass up a good paranormal, and God knows I cannot NOT look when a hot guy crosses my path (purely innocent ogling I assure you), and as far as my obsession with love stories goeswellit's stronger than ever.
I write what I'm passionate about and right now, that's leather cut wearing bikers and the women who turn their heads.

Along with being a writer, I work full time, and I’m a wife to an extremely supportive husband, and a mother to three high-spirited kids. I've lived in Utah nearly all my life except for 2 1/2 years where we lived in the Land of Enchantment, otherwise known as New Mexico. Which is where my HOC's call home. 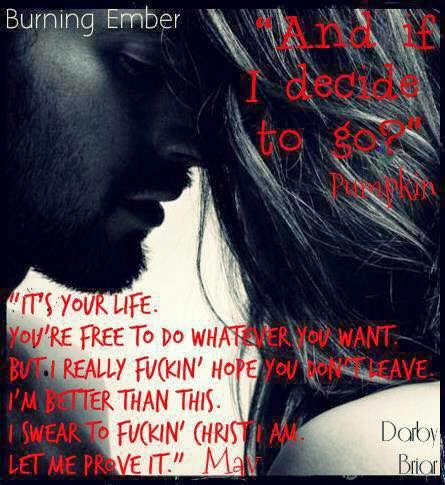 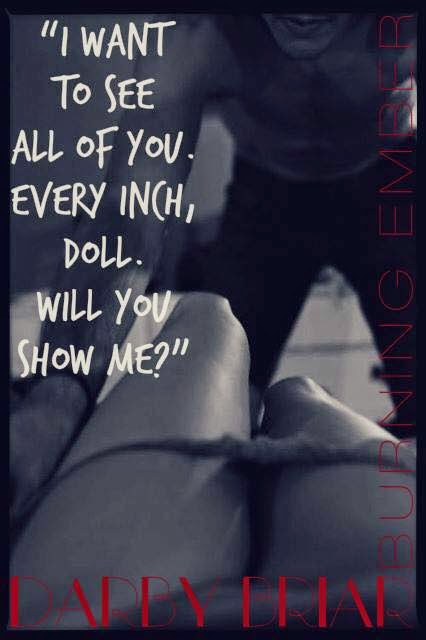